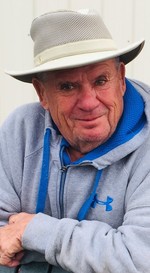 Dale Roger Bourg age 77, Springfield, MO, died on Saturday, March 30, 2019. He was born in Roseland Nebraska and reared, along with his three sisters, Sharon, Patricia and Sandy by his grandparents, A.G. and Anna Bourg. He graduated from Roseland High School and attended the University of Nebraska. He was drafted into the US Army in spite of foot pain from Charcot-Marie-Tooth, a neurological disease. He was proud of the fact that he was a part of the Pershing Missile program.
He worked at Harris Laboratories for many years and became Vice President in the 1990s. In 1994, he founded a new clinical research company in Springfield, MO, Bio-Kinetic Clinical Applications. He led this company with many successful trials. He enjoyed working with people from all over the world, many who became lifetime friends.
Dale married Linda Dempewolf in December 1967 and at the time of his death they were married 51 years. They lived in Malcolm, NE and had two children, Vicki and Brendon, during this time. Vicki died January, 2011. He enjoyed playing with his grandchildren, Cole, Brooke and Adley and teaching them how to enjoy life. He enjoyed fishing and boating, entertaining friends and family, traditional country music, being outdoors at the ranch, woodworking and milling his own trees. He is survived by Linda, Brendon and his wife Liz and their three children.
In lieu of flowers, please consider supporting Ozarks Public Television and children’s programming 901 S National Ave, Springfield, MO 65897 https://optv.secureallegiance.com/kozk/WebModule/Donate.aspx?P=OPTMEM&PAGETYPE=PLG&CHECK=Tw7oq3MTFxhOQgkZuGyCqhiCxtaFReuS or Charcot-Marie-Tooth Association 10 South LaSalle St. Chicago, Illinois, 60603.”
A Celebration of Life open house will take place on April 7, 2019, 11 to 4, at Brendon’s home.