To share your memory on the wall of James Tower, sign in using one of the following options:

Provide comfort for the family of James Tower with a meaningful gesture of sympathy.

We encourage you to share your most beloved memories of James here, so that the family and other loved ones can always see it. You can upload cherished photographs, or share your favorite stories, and can even comment on those shared by others.

Posted Jul 09, 2019 at 09:54am
Sandra, I am so sorry to hear of Jim's passing. We, of the Citizen's/Commerce family have so many fond memories of each other. Jim was still working, at Citizen's, when I started in 1971 and left for Union National not long after. I will be unable to attend but my thoughts and prayers will be with you. Sending a "big hug"!

Posted Jul 08, 2019 at 01:40pm
Jim was a great neighbor to us. We have missed he & Sandra since they moved from our area. Our prayers are for Sandra at this time of need. Jim was a nice man & much respected by those you knew him. God speed Jim!
Comment Share
Share via: 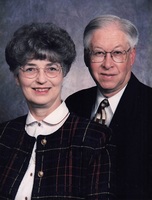