To share your memory on the wall of Bob Thiesse, sign in using one of the following options:

Provide comfort for the family of Bob Thiesse with a meaningful gesture of sympathy.

Bob was born on August 30, 1965 in Fairmont, Minnesota the son of Arthur and Leeann Minscer Thiesse. He had been a resident of the area for many years and was employed at Point Lookout Nursing and Rehab in Hollister, Missouri. He was of the protestant faith.

We encourage you to share your most beloved memories of Bob here, so that the family and other loved ones can always see it. You can upload cherished photographs, or share your favorite stories, and can even comment on those shared by others.

Posted Nov 27, 2019 at 08:52am
Sorry we couldn't make it to be there with you. Praying God will send you his peace. Love to you all, from all of us in Minnesota. love, Angela,Betty, and families
Comment Share
Share via:
RL

Posted Nov 17, 2019 at 08:49pm
Bob, you were more than my baby brother, I remember when you started calling me mom and our mom said NO thats Sis. You were my side kick till I left home. Although distance played a role in how often we saw each other, it couldn't stop the love and caring that was always there. I worried often about you and still the call came as a shock. It still seems like a dream. Know that I love you and will truly miss you. Julie, Bailey and girls, grieve when needed. He was a great husband and father. May he watch over you all and may all your memories stay with you forever.
Comment Share
Share via:
MH

Posted Nov 15, 2019 at 09:26pm
Our heartfelt sympathies to Julie and the family. He will be missed. The Hughey Family Rocky, Marnita, Dusty, Kay, Madison and Mason.
Comment Share
Share via:
MH

Posted Nov 15, 2019 at 09:26pm
Our heartfelt sympathies to Julie and the family. He will be missed. The Hughey Family Rocky, Marnita, Dusty, Kay, Madison and Mason.
Comment Share
Share via: 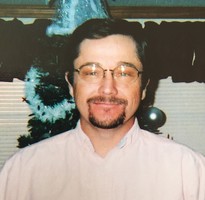 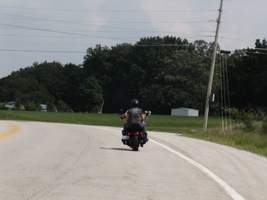 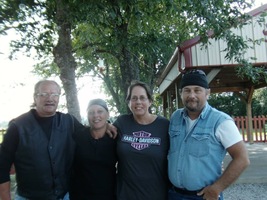 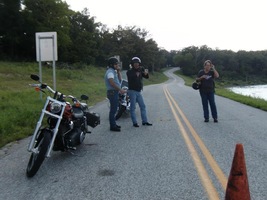