To share your memory on the wall of Butch Molloy, sign in using one of the following options:

Provide comfort for the family of Butch Molloy with a meaningful gesture of sympathy.

Butch was born September 9, 1934 in Appleton Arkansas to Finos and Annie Ben Molloy. He was a graduate of Mald... Read More
Ormonde (Butch) Molloy, age 85, of Springfield, passed away Friday, November 29th, 2019 at Wilson's Creek Nursing and Rehab .

Butch was born September 9, 1934 in Appleton Arkansas to Finos and Annie Ben Molloy. He was a graduate of Malden High School and Syracuse University. Butch retired from the United States Air Force in 1981, he was a veteran of the Vietnam War. He was an avid fisherman and St. Louis Cardinals fan..

The family will receive friends from 10 am- 11 am, Saturday, December 7, 2019 at Greenlawn Funeral Home South. A celebration of Butch's life will be held Saturday, December 7th, 2019 at 11:00 am in Greenlawn Funeral Home - South Springfield 441 West Battlefield Springfield, MO 65807, with burial to follow at White Chapel. In lieu of flowers memorial contributions may be made to the Alzheimer's Association or Veterans of Foreign Wars, in care of the funeral home. There will be a reception at Ocean Zen immediately following interment services
Read Less

To plant a memorial tree in honor of Butch Molloy, please visit our Heartfelt Sympathies Store.

We encourage you to share your most beloved memories of Butch Molloy here, so that the family and other loved ones can always see it. You can upload cherished photographs, or share your favorite stories, and can even comment on those shared by others.

Plant a Tree in Memory of Butch Molloy
Plant a tree 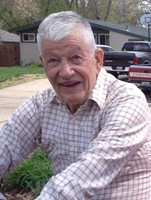