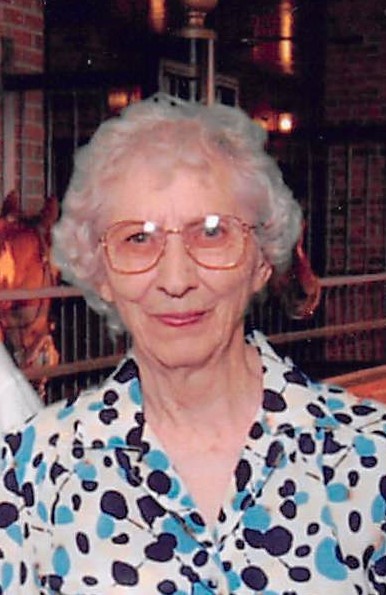 No services are planned at this time for Ada Marie Hughes age 103 of Branson, Missouri. Arrangements and cremation were under the direction of Greenlawn Funeral Home in Branson. Her cremains will be interred in the Weaubleau-Robertson Cemetery in Weaubleau, Missouri.

She passed away on August 7, 2019 at Shepherd of The Hills Living Center in Branson.

Mrs. Hughes was born on February 24, 1916 in Weaubleau, Missouri the daughter of Walter Lee and Dora Mae Barger Simmons. She was a longtime resident of Missouri.

She is survived by one son, Robert Hughes of Temple, Texas, four grandchildren and seven great grandchildren. She was preceded in death by her parents and one son Jimmy Dean Hughes.