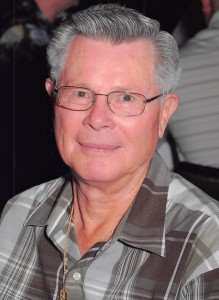 Alan Edward Klein was delivered into the hands of Jesus on Wednesday, June 15, 2016 at the age of 82. He was born April 26, 1934 in Oak Park, IL, the son of George Edward and Olive Sadie Klein. He served in the military before graduating from UMKC. He retired after a 38-year career as a sales representative from Merck Sharp and Dohme Pharmaceutical Company.
He was preceded in death by his parents and one brother Dick.
Alan is survived by his wife Nancy, a sister, Kay Fransen and husband Harry of California; a daughter Taryn Miller and husband Steve of Springfield, a step-son Larry Holmes and wife Suzette of Kansas City. He was blessed with three grand children , Matthew Miller and wife Desiré; Whitney Leonard and husband Dane; Brad Miller and wife Kelley as well as 8 adorable great grandchildren and several nieces and nephews.
Visitation will be Saturday, June 18, 2016 from 12:00-2:00 P.M. at Greenlawn Funeral Home South 441 West Battlefield Springfield, Missouri with services following at 2:00 P.M.
In lieu of flowers contributions may be made in Alan’s memory to Oxford Hospice Care 3660 South National, Suite 300 Springfield, MO 65807 or Asbury United Methodist Church 1500 S Campbell Ave, Springfield, MO 65807