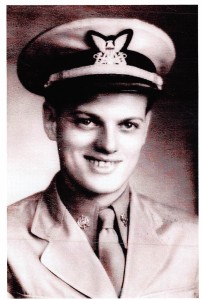 Albert Junior Probst, 92, of Willard, Mo passed away Thursday morning, June 18, 2015 at home. Albert was born October 21, 1922 in Pokagon Township, Michigan to Clyde and Etta Probst. He was preceded in death by his parents, siblings Veryl Pagels, Harold Probst, Donna Chapman and his wife Emma F. Probst. He is survived by his daughter Diana Lynn Spurlock, sons and spouses David and Edith Probst, Dale and Regina Probst and Dr. Doneau and John Probst, 14 grandchildren and 17 great-grandchildren. He is also survived by two sisters; Dorothy Acton of Willard, MO., and Ida Corbitt of Cassopolis, MI, and one brother; Marvin Probst of Dowagiac, MI. Albert and Emma were united in marriage on December 19, 1946 in Sullivan, Illinois after meeting while they both served in the Army. Albert served as a ship’s cook in merchant Marines in WWII and in the Army as a surgical technician in Korea. After retiring, Albert and Emma moved to Springfield, for their remaining years. Albert loved to cooking, gardening, and talking about his experiences while in the Merchant Marines. Funeral services will be held 3:00 PM, Tuesday, June 23, 2015 at Greenlawn Funeral Home North with burial following in Greenlawn Memorial Gardens. Visitation will be held 6-8 PM, Monday, June 22, 2015 at the Funeral Home. A funeral will be conducted at 3pm at Greenlawn Memorial Gardens and at graveside by Dr. Doneau Probst. Albert will be buried with full Military Honors. Online condolences may be left at www.greenlawnfuneralhome.com Arrangements are under the care of Greenlawn North.