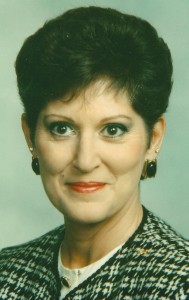 Alice “Katie” Kay Warren passed away in her home on Friday June 24, 2016. Katie was born in Pine Bluff, Arkansas on March 23, 1939.
She was with her mother Gladys Johnson to the age of 10 when her mother passed in McKenzie, Tennessee. After she was raised by her Aunt Maude and Uncle Robert Simmons for a brief time and then Ion and Ralph Stillman raised her until she was 18.
She then moved to New Orleans where she lived for 10 years and then she continued to travel when she met her dear love and best friend Neil Kenneth Warren in Idaho. She married Neil on December 9, 1967. Katie and Neil then had a son Michael Neil Warren in May 1969 in Boise, Idaho.
Shortly after Michael was born they lived in Spanish Fork, Utah and then they moved to Springfield, Missouri in 1975. After moving she helped raise her family while working retail selling high end clothing as well as cosmetics which she loved.
Katie’s passions were cooking, traveling, and swimming at the Elks Lodge. She also enjoyed dearly spending time with her family. Her southern hospitality and loving personality is what made her a genuine angel. Her voice could make you smile even when she was just saying hello, her rational approach always comforted you even in the darkest hours. She is and was a voice of comfortable reasoning and she had a heart filled with kindness.
Katie is survived by her son Michael Warren, 3 grandchildren Alexis, Hannah, Ashley, and first great grandchild Adilyn. She is proceeded in death by her husband Neil and mother Gladys.
Services will be held at Greenlawn Funeral Home East at 3540 E. Seminole Springfield, MO Wednesday, June 29, 2016 with the Memorial Service starting at 6 pm, following the visitation until 8 pm.