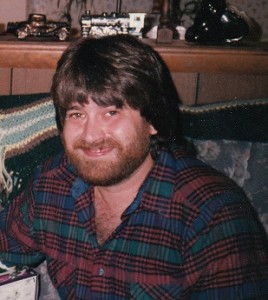 Anthony (Tony) B. Pearson, age 48, of Springfield, MO, passed away Friday, January 23, 2015 at Mercy Hospital surrounded by his family and friends. He was born on October 29, 1966, in Aurora, MO, to Virgil and Maxine (Phelps) Pearson. Tony graduated from Republic High School in 1984. He was united in marriage to Candace Konopasek on May 10, 1991 in Springfield, MO. Tony spent his life working in the Limousine manufacturing business. He enjoyed hunting, collecting guns and d.v.d’s. His greatest love was going to the casino with his wife every chance they got.
He was preceded in death by his father,Virgil B. Pearson; paternal grandparents, Elmer and Clemma Pearson; and maternal grandparents, Roy and Lacy Phelps. He is survived by his loving wife, Candace (Candy) Pearson, Springfield, MO; one son, Drew Anthony Pearson, Springfield, MO; mother, Maxine Pearson, Republic, MO; step-mother, Donna Pearson, Spokane; three uncles, Carl and wife Beverly Frieze, Monett, Wayne Pearson, Monett, and Joe and wife Faye Phelps , Republic; two aunts, JoAnn Hankins and Sue Marrs of Monett; mother-in-law, Paula Konopasek; one sister, Tara (Pearson) Mooneyham, Nixa; one niece, Tia Mooneyham; one nephew, Ty Mooneyham; and a host of family and friends.
Visitation will be held from 5-7 p.m. on Wednesday, January 28, 2015 at Greenlawn Funeral Home North, with a private burial at a later date. In lieu of flowers memorial contributions may be made to help the family with funeral expenses. Services have been entrusted to Greenlawn Funeral Home North, Springfield, MO.