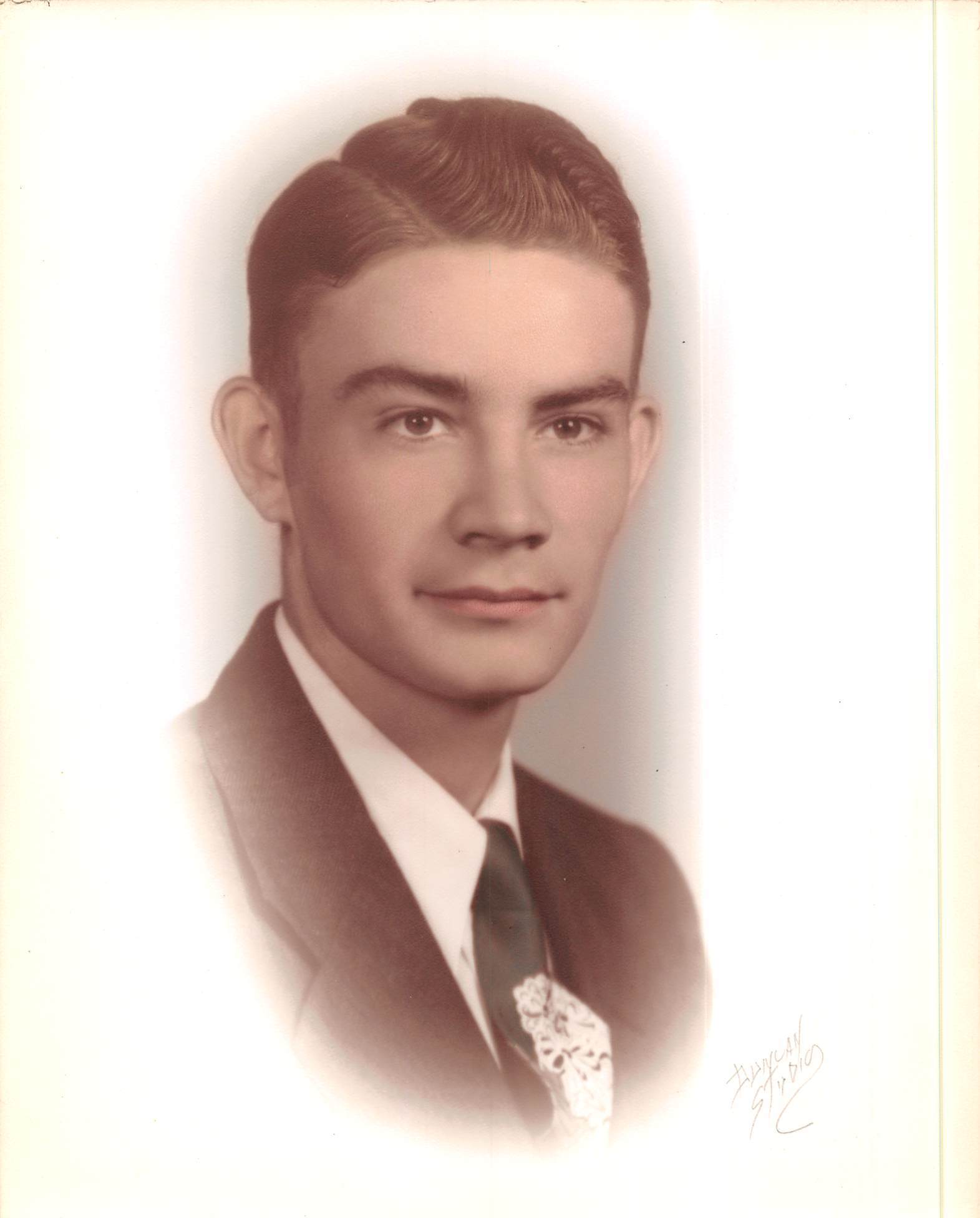 Arvil Glen Cotter was born on February 1, 1931 and passed away on October 10, 2018 in his home after a brief illness. Arvil served his country from 1951 to 1955 in the U.S. Air Force during the Korean Conflict. In May of 2017 Arvil was included in a group of veterans that went to Washington D.C. on the Honor Flight of the Ozarks, and thoroughly enjoyed the day even though it was a very long day. He started to work at Kraft Foods in 1959 and retired in 1996. He did various jobs from the loading docks, he was a cheese blender, a machine operator and he held many other positions while he was working. From 1982 through 2001 Arvil worked 2 jobs.
Arvil joined South Haven Baptist Church in 1962 with his family and in 1978 he was ordained as a Deacon. He traveled with his wife Mary on a mission trip to Brazil during this time along with other locations to build churches. As a young man he developed a love for sports. Arvil was an outstanding fast pitch southpaw pitcher as well as a very good basketball player. Later in life he started bowling and playing golf.
He is preceded in death by his first wife, Emma Joan (Bolin) Cotter and his second wife Mary (Reed) Cotter his parents, Homer Glen Cotter and Margaret Susan (Collins) Cotter, his grandparents, George Washington Cotter and Zora Viola (Johnson) Cotter, Joseph William Collins and Letha Orleana (Mitchell) Collins, his siblings, James Elmer Cotter and Betty June (Cotter) Luna.
Arvil is survived by his children, Michael D. Cotter, Paul Douglas Cotter, Brent Allen Cotter and wife Sandy, Ellen (Cotter) Maxheimer and Sarah (Cotter) Martin, 12 grandchildren, 21 great-grandchildren and 3 great-great-grandchildren and sister Shirley A, (Cotter) Danielson.
Visitation will be on Sunday, October 14, 2018 from 2:00 to 4:00 pm in Greenlawn Funeral Home South. Funeral services will be on Monday, October 15, 2018 at 11:00 am in South Haven Baptist Church with the burial following in Missouri Veterans Cemetery at 1:00 pm.