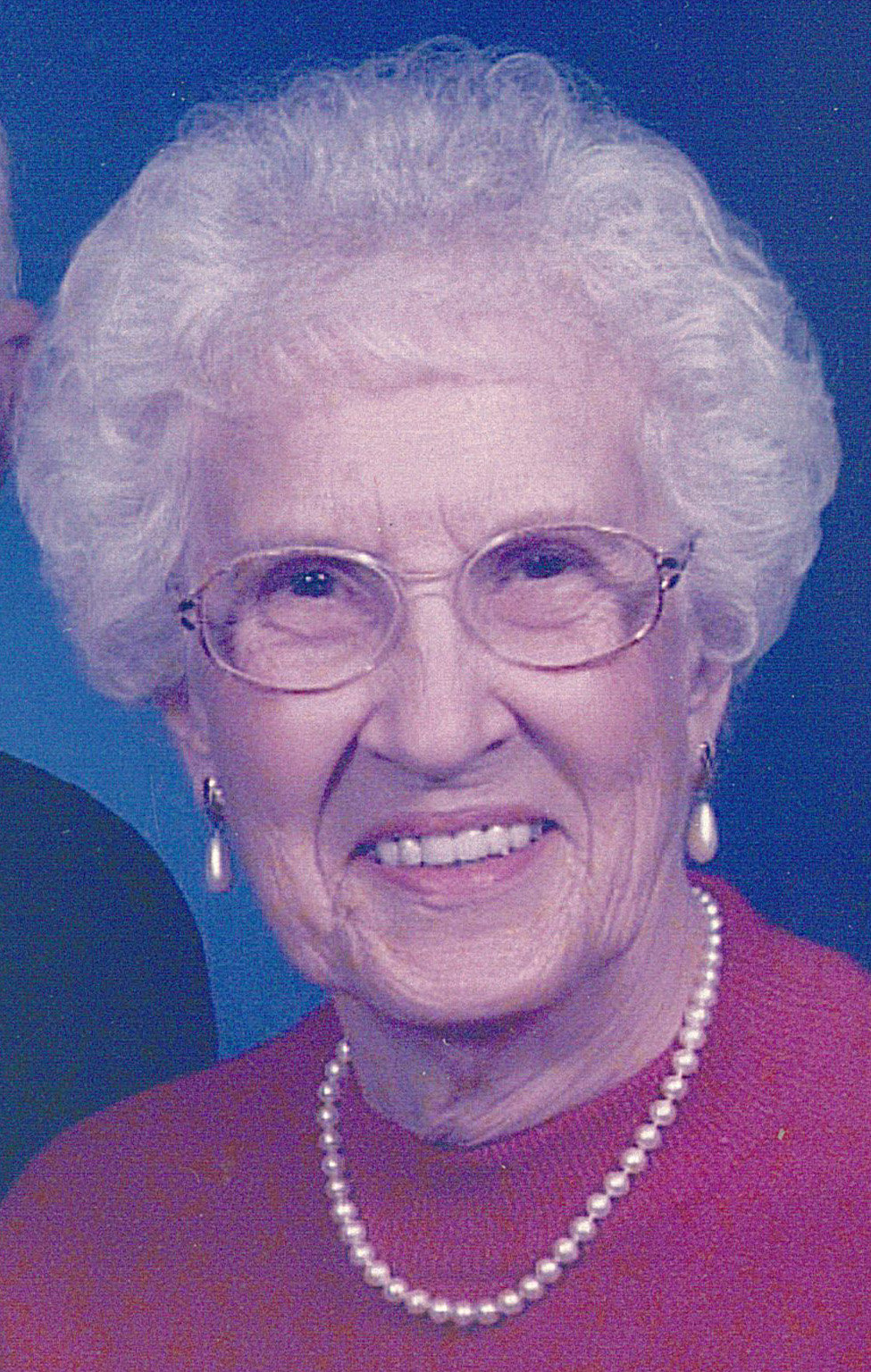 Audrey was born on June 7, 1925 east of Niangua, Missouri in a community called Dudleytown. The daughter of Burley and Bamma Dudley Yeubanks, she was the last of five children. She grew up surrounded by many cousins, attending Copening School and Methodist Church. The family later moved closer to town where she attended Niangua High School. After graduation she focused on being an educator like many of her father’s siblings. She became a teacher at Northview where she taught for five years. While there she met Charles Raymond King at the movie theatre on the square in Marshfield. Not too long after they were married on October 18, 1947 at Rev. Salsman’s house in Wright County.

Audrey and Raymond relocated to Kansas where they resided for the next 40 years, mainly in Wichita. There she worked various vocations before they retired and moved to Springfield. Here she worked at J.C. Penney enjoying her retirement. Audrey took up needlepoint and volunteering. She loved helping patients at the Mercy Chub O’Reilly Cancer Center improve their self esteem while going through chemo. One of many good cooks , she was known for her delicious salmon patties. She was a member of First Baptist Church and enjoyed attending Bible studies and being part of the Senior Sunday School class. With failing health, she later attended nearby Cherry Street Baptist.

She was preceded in death by her parents; her brothers, Elbert and Bill Yeubanks and her sister Mildred Kendrick; along with several in-laws; and no less important, their beloved pets throughout the years.

Audrey is survived by her husband of 73 years, Charles Raymond; in-laws Minnie and Neal Calvin of Wichita, KS; eleven nieces and nephews; numerous cousins, relative , and friends. She will be missed by all who knew her. Special thanks to the staff at the Strafford Care Center.

Funeral services will be at 9:30 a.m. Tuesday, January 26, 2021, at Greenlawn Funeral Home North. Burial will follow at 11:00 a.m. at Missouri Veterans Cemetery. No visitation is planned.