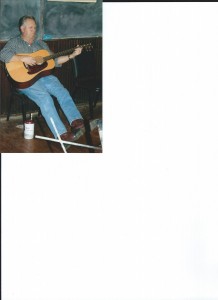 Funeral services for B. H. Tate age 78 of Ridgedale, Missouri will be held at 11:00 AM, January 9, 2015 at the Cedar Valley Church with Rev. Howard Kenyon officiating. Burial with full military honors will follow in the Cedar Valley Cemetery under the direction of Greenlawn Funeral Home in Branson.

He died January 5, 2015 at the Veterans Hospital in Fayetteville, Arkansas.

He was born on April 28, 1936 in Lead Hill, Arkansas the son of Frank and Bertha Wyatt Tate. He had been a lifelong resident of the area and had been employed by the Hollister School systems as a bus driver for many years. He was of the protestant faith and was an U.S. Army veteran.

Visitation will be from 10 AM until service time at the church on Friday.