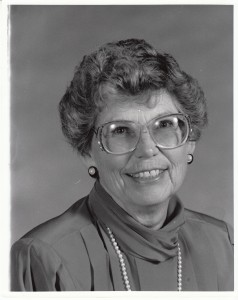 (Betty) Joyce Peters, born in October, 1926, passed away November 9th, after a brief illness while residing at the Maranatha Village in Springfield, Missouri. The third of eight children born to Anson James Walker and Charlotte Ivy Searle, Joyce was raised in Pontiac, Michigan, where she met, and in 1945, married Raymond Peters at the Russian Assemblies of God church. Joyce and Ray had four sons, and following Ray’s retirement, were able to spend several years living in Brussels, Belgium, where they volunteered at the International Correspondence Institute. During that time, they were able to enjoy traveling throughout Europe. Joyce is preceded in death by her husband, eldest son Dennis Lynn, brothers; James, Robert and William and sister Ivy. She is survived by sisters Frances and Gloria and brother John, and her three younger children, Dale Lawrence of Ben Lomon, California, Jerry Bruce of Lee’s Summit, Missouri, and Jeffrey David, of Petoskey, Michigan. Funeral services are planned for Wed., Nov. 12th at 2:00 pm at the Maranatha Village chapel, with visitation preceding at 1:00 pm. Inurnment will be at the Veterans Cemetery in Higgensville, Missouri, where her late husband was laid to rest.