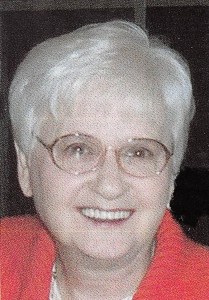 Barbara Ann Smith, age 81, of Springfield, MO, passed away Saturday, November 28, 2015 in her home. She was born June 18, 1934, in Fair Grove, MO, to James and Etta (Wallace) Tracy. She was a member of Fair Grove First Baptist Church. She was united in marriage to Kenneth Smith on November 22, 1952 in Eureka Springs Arkansas. Barbara Retired from Cox Medical Center after twenty-five years of service. Barbara was an avid reader, she enjoyed shopping with her sisters, who were known as the Gray Ladies and traveling with husband and family. The greatest love of her life was spoiling her grandchildren and great-grandchildren.