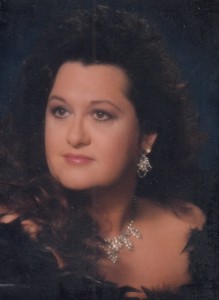 Barbara Clack of Fair Grove Mo. died at her home 0n 02-11-16. She was born on 09-03-1954 to the parents of Lon and Vida Judd. She grew up in the West Plains area and graduated from West Plains High School. She raised 3 sons by herself most of her life, but was still able to acquire a bachelor’s degree from SBU in 1997. This while toward the end of her college career she and her Husband Tom Clack became parents to their 6 month old grandson Austin Carstairs. She was known by all as a loving, caring, giving woman who would go out of her way to help anyone. She was proceeded in death by her father Lon Judd, her husband Jerry Carstairs, and a son Jeremy Carstairs. She is survived by her mother Vida Hall, 2 sons Jon and Jason Carstairs, son/grandson Austin Carstairs, grandchildren Justin, Christian, and Aysia Carstairs, 4 brothers Calvin, Lonnie, Donald, and Danny, 2 sisters Sharon and Debbie, and her husband Tom Clack. God has taken in one of his greatest angels. May she rest in peace with no more pain and know that the world will never be the same without her.
Visitation will be from 11:00am-1:00pm, Sunday, February 14, 2016 at Greenlawn Funeral Home North.