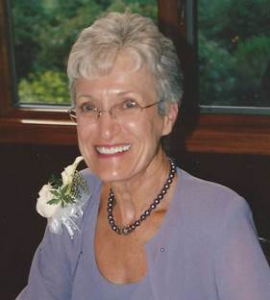 Barbara Schaaf, 76, died December 15, 2015, at her home in Hollister, Mo., after a yearlong and courageous battle with cancer. She was born December 18, 1938 in Ottawa, Kan. She spent her childhood years in Lincoln, Neb., and after her marriage to Roger Schaaf, lived in Columbia, Mo., and Wichita, Hutchinson, and Topeka, Kan. They moved back to Lincoln for a number of years, and in 1997, Barbara and Roger retired near Branson, Mo. Funeral Services will be Saturday, December 19, 2015 at 2 pm, Greenlawn Funeral Home, 708 State Hwy 248, Branson, MO 65616. Preceded in Death by her parents, Russell and F Willene (Myers) Hammond.Survived by her husband, Roger Schaaf, of Hollister; four children, Bryan Schaaf of Lincoln, Bradley Schaaf (Tammy) of Winston-Salem, N.C., Brenna Ankeny (Roy) of Nixa, Mo., Suzanne Trouba (Ron) of Denton, Neb.; two brothers, Barry Hammond (Marilyn) of Bowie, Md., and Bruce Hammond (Patricia) of Lincoln.