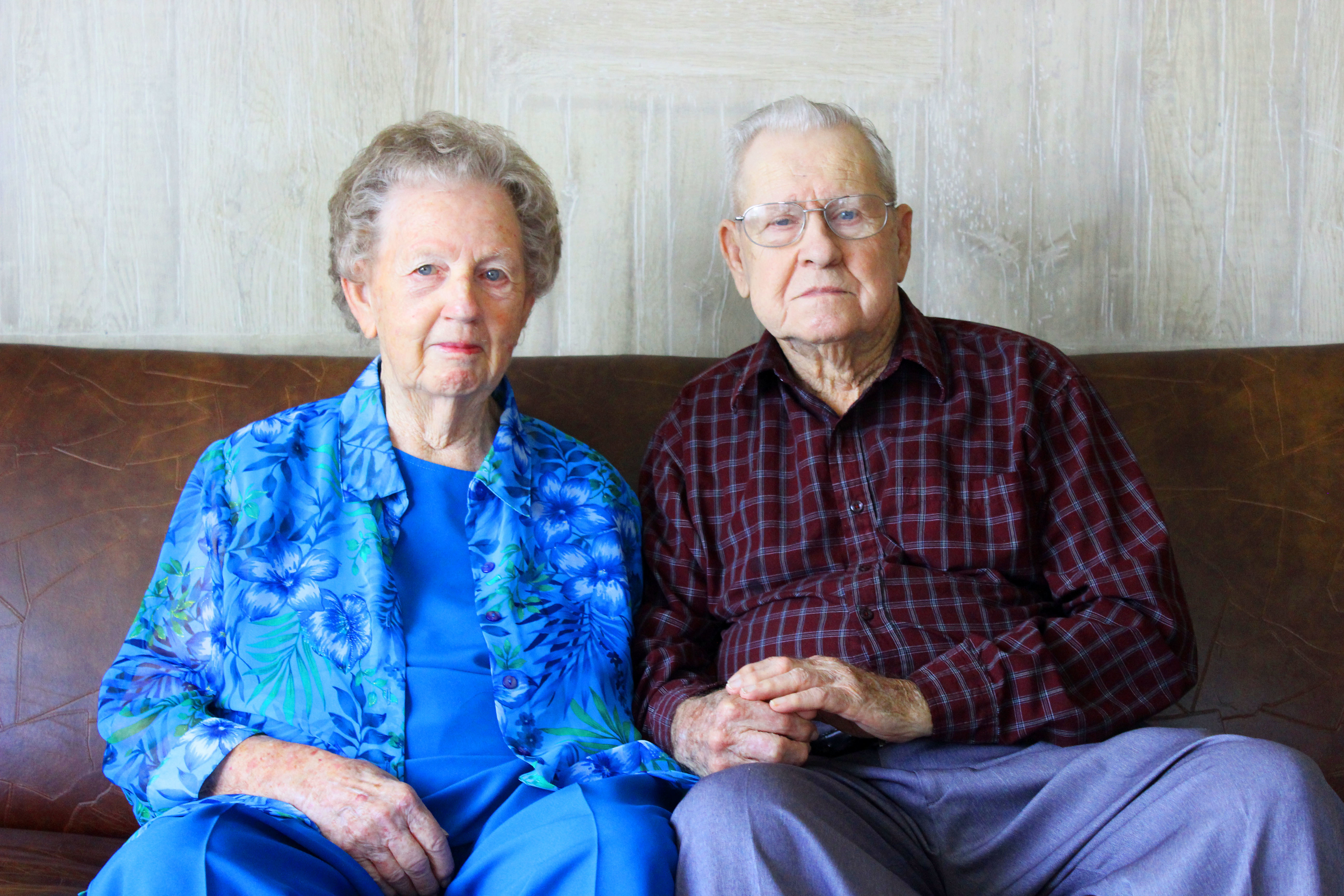 Ben Allen Andrews, 89, passed away Monday, February 25th, surrounded by family in Bolivar. A lifelong resident of Halfway, Ben was born to Elvet and Dolis (Hocker) Andrews on June 9th, 1929. Ben married Maydean Viles on July 31st, 1948. Ben served as a soldier in the U.S. Army guarding the Panama Canal from 1952 to 1954 during the Korean War with Maydean by his side. After the war, Ben came home to Halfway where he raised a family of four children in a home he built on land which he tended. Ben worked hard at many trades, including farming, carpentry, and construction. He also owned and operated Andrews Milling & Feed for many years. Ben was an unselfish man, always willing to lend a helping hand, who enjoyed fishing with his grandchildren and the company of his family and friends. Ben was a dedicated and valued member of Schofield Baptist Church.
Ben is survived by his wife of 70 years, Maydean; his four children: Elaine Willingham, Blaine Andrews (Robyn), Jane Mueller (Scott) and Malaine Tyler (Steve); his sister, Dixie Haddock; his grandchildren Jessica, Amanda, Anna, Andria, Shelby, Lauran, Brandon, Austin and Olivia; great-grandchildren Peyton, Bentley, Sawyer, Owen, Teagan, Baylor, and one on the way (Penelope). All will carry with them his dedication to hard work and family.
He is preceded in death by his parents Elvet and Dolis, brothers Murl and Elgene, and grandson Adam.
Services will be held at Pitts Chapel Friday, March 1, 2019, at 1:00 PM with Bro. Jerry Grant officiating. Burial will follow at Schofield Cemetery Halfway, MO. Visitation will be held Thursday, February 28, 2019, from 5:00 to 7:00 PM in the funeral home. Memorial contributions may be made to the Schofield Missionary Baptist Church. Online condolences may be made at: www.greenlawnfuneralhome.com. The family would like to send a special thank you to staff at CMH in Bolivar. Arrangements have been entrusted to Pitts Chapel Bolivar, MO.