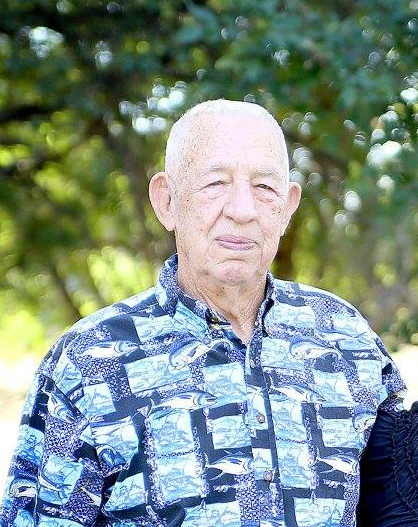 With a heavy heart the family of Benjamin Rector announce he lost his battle with cancer on November 26, 2019 at 88-years-old.
Benjamin Franklin Rector was born February 19, 1931 to Charles T and Edith L (Nipper) Rector in Lebanon, Missouri. The middle of three children, Ben was the beloved brother to Joyce (Lee) Swearengin and Sharon Rector.
Ben married the love of his life Cammellia Juanita Henry on August 21, 1949, recently celebrating their 70th wedding anniversary. After their wedding, Ben was drafted to US Army, serving in Austria during the Korean war.
Ben and Cammellia were the proud parents to their children Benny (Janice) Rector and Deborah (Matt) Kirkey and loved Teresa MacIntosh-Kennedy like a daughter. He was a beloved grandpa to five grandkids: Benny (Hannah) Rector, Hase Rector, Christopher Kirkey, Kate (Nathan) Garcia and Maggie (Jimmy) Dyke. Ben was an adored great-grandpa to nine beautiful kids: Cammie, Jade, Zeddicus, Quentin, Rowan, Elliott, Elizabeth, Willow and Nolan. Ben was also loved by many nieces, nephews, family and friends.
Ben spent his life as a lineman receiving a 50-year service recognition from the International Brotherhood of Electrical Workers. Ben was a dedicated brother at the Mansfield Masonic Lodge. Along with an active member of the Abou Ben Adhem Shriners TR3 Club. Ben spent his time tinkering with old clocks, fishing whenever he could and spending his winters in Florida. Above all else his most devoted job was being a husband, father and grandfather.
Benjamin was preceded in death by his parents, Charles and Edith Rector, siblings, Joyce Swearengin and Sharon Rector, mother in-law, Oma Holland, as well as great-grandchildren Rowan Kirkey and Elliott Dyke. Ben is survived by his loving wife, Cammellia, children, Benny and Deborah, five grand-children and seven great grandchildren, all of whom who love him deeply and miss him exponentially.
Visitation for Ben will be 2:00 – 4:00 p.m. Sunday, December 1, at Greenlawn Funeral Home East. Graveside Service will be held 1:00 p.m. Monday, December 2, at Missouri Veterans Cemetery.