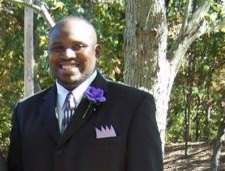 Benjamin Franklin Lewers Jr., 35, died on Sunday, January 18,2015 in Springfield, MO. He was born in Greenville, SC. on September 21, 1979 to Benjamin Franklin Lewers Sr. and Betty (Williams) Lewers.
He married Richelle Zerwig on October 7, 2006 and she survives. Benjamin worked at Watson Metal Masters as a welder. He enjoyed fishing, hunting, playing with video games, remote control cars, and helicopters.
Benjamin is survived by his parents, his wife of the home, and three sons: Benjamin James Williams Lewers, Dante Lewers, and Qurae Williams, and two daughters: Jasmine Lewers, and Alexis Lewers, one sister: Verde Lewers.
Memorial visitation will be on Friday, January 23, 2015 from 10 am until the service time at 11 am at Praise Assembly of God Church on 3535 N. Glenstone Avenue Springfield, MO. 65803.