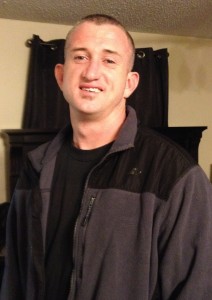 Benjamin Scott Jester, age 30, of Springfield, Missouri, passed away Sunday, December 7, 2014. He was born August 11, 1984 in DeQueen, Arkansas to Steve and Karen (Oglesby) Jester. Ben grew up in West Africa were his parents were missionaries. He loved his son Spencer (age 11) with all his heart. He lived “life out loud” and to the fullest. He had heart for people as big as the world.
Ben was preceded in death by two grandparents, Harold “Dad” Oglesby and Betty “Ma-Bette” Jester. He is survived by his grandfather Jerry “Pa” Jester (Amity, AR), his grandmother Dolores “Granny” Oglesby (Hatfield, AR), his parents Steve and Karen Jester (Springfield), his son Spencer Jester (Tulsa, OK), his brother Jacob (Kristin) and two nephews, Jude and Cruz (Litchfield Park, AZ), a sister Jillian Seaton and niece Savannah, and a host of other family and friends who loved him dearly.
Visitation with the family will be held at Greenlawn Funeral Home North at 3506 N National Avenue in Springfield on Thursday, December 11 from 6:00-8:00 p.m. A memorial service will be held at Praise Assembly, 3535 N Glenstone Avenue in Springfield at 10:00 a.m. on Friday, December 12. He will be buried next to his grandfather, Harold “Dad” Oglesby, at the Pleasant Hill Cemetery in Hatfield, Arkansas. While flowers are appreciated and can be sent directly to Praise Assembly, in lieu of flowers, contributions can be made to the Ben Jester memorial fund at the Assemblies of God Credit Union (1535 N Campbell Avenue, Springfield, MO 65803; 417-831-4398) as a benefit to his son Spencer. Online condolences may be made to www.greenlawnfuneralhome.com.