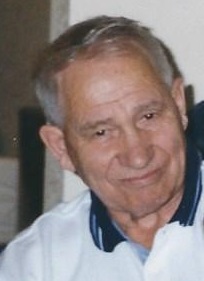 Berney Leo Turner born June 3, 1927 near Willow Springs, MO to Cecil and Leona Turner. Passed away Feb 10, 2015, at home in Springfield, MO.
He attended Oak Grove Grade School and Graduated in 1943 at 15 from West Plains High School and joined the Merchant Marines in 1945 before the end of WWII.
He enlisted in the USMC in 1951 during the Korean conflict. He then moved to Fairbanks, Alaska in 1953.
Berney married Shirley Fortier Sep 9, 1954 and they raised four children in Alaska.
He attended Missouri School of Mines in Rolla, Mo. He then returned to Alaska to work in Construction.
Although he was always proud of being born in Missouri, Alaska was home for 60 years.
He loved his family and to play cards with his friends and family. . He was a story teller and no one really cared that it was not all true.
He was a dog musher and a member of ‘Alaska Dog Mushers for many years.
He tried Trapping and hunting, during the long cold winters, and gardening and fishing in the beautiful summers in Alaska.
He climbed “small mountains” and hunted sheep with Buck Brownfield and rafted rivers and fished with his dear boyhood friend Ken Girdley.
He worked in construction on the DEW line, Remote bridges, the Alaska Pipeline, and other local projects. He retired as an Ironworker.
We are so thankful to our family and friends especially to Buck Brownfield, Doug Tilton, Don Hanson, Andrew Marso and Ed Perrault who stayed in touch during his long illness. They made his life a little better.
He is survived by his wife Shirley, his children Theresa Korpi (Colin), Randall Turner, Cecil Turner (Karen), and Kim Marso (Bob) , His sisters Barbara Bridgforth (Jim), and Jo Rudolph (Don), grandchildren Andrew Marso, Gabriel, Ariel and Michael Turner and many friends in Missouri and Alaska.
At his request there will be no funeral, but there will be a memorial Mar 15 at 1:00 pm at Greenlawn Funeral Home East with military honors. To share memories, stories, his favorite hymns. He will be so missed.
The family would like to thank Good Shepherd Hospice and Visiting Angels for all their support during this time.
In lieu of flowers donations may be made to favorite charities.