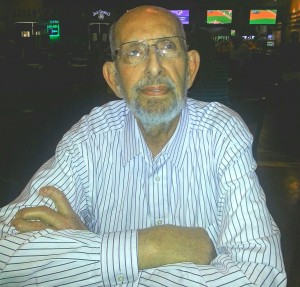 Bert Wayne DeWitt Sr., 81, of Springfield, passed away at home on July 29, 2015. He was born in Chicago, IL on June 9, 1934. The DeWitt family moved to Springfield in the late 1950s where he met his life-long love, Beverly Geanie Moyer. Bert and Beverly were married on September 11, 1955 at Grant Avenue Baptist Church in Springfield, and celebrated 51 years of marriage. He served in the military from 1957-1959 as Food Service Specialist. For the next 15 years, Bert managed hotels for Ramada, Sheraton, and Hilton hotel chains across the nation. From 1975-2006, Bert and Beverly, owned and operated DeWitt’s Interiors. They retired after 30 years in business. Bert was a skilled Bridge player and bowler, and a cunning Texas Hold Em player. Those who met him on the lane or at the card table, never forgot him. Bert was preceded in death by his parents, Sherman and Violet DeWitt, his son Christopher Patrick, his granddaughter Beth Ericsson, and his beloved wife Beverly. He is survived by his children Janice DeWitt Overbey, Bert DeWitt Jr., and Lisa Weng and their spouses; 6 grandchildren, and 4 great-grandchildren. He is also survived by one sister, Betty Scott. Visitation will be held at 9:00 am, Tuesday, August 4, 2015 at Greenlawn Funeral Home North, with funeral services immediately to follow at 10:00 am. A military burial will be held at 11:00 am at Bellview Cemetery.