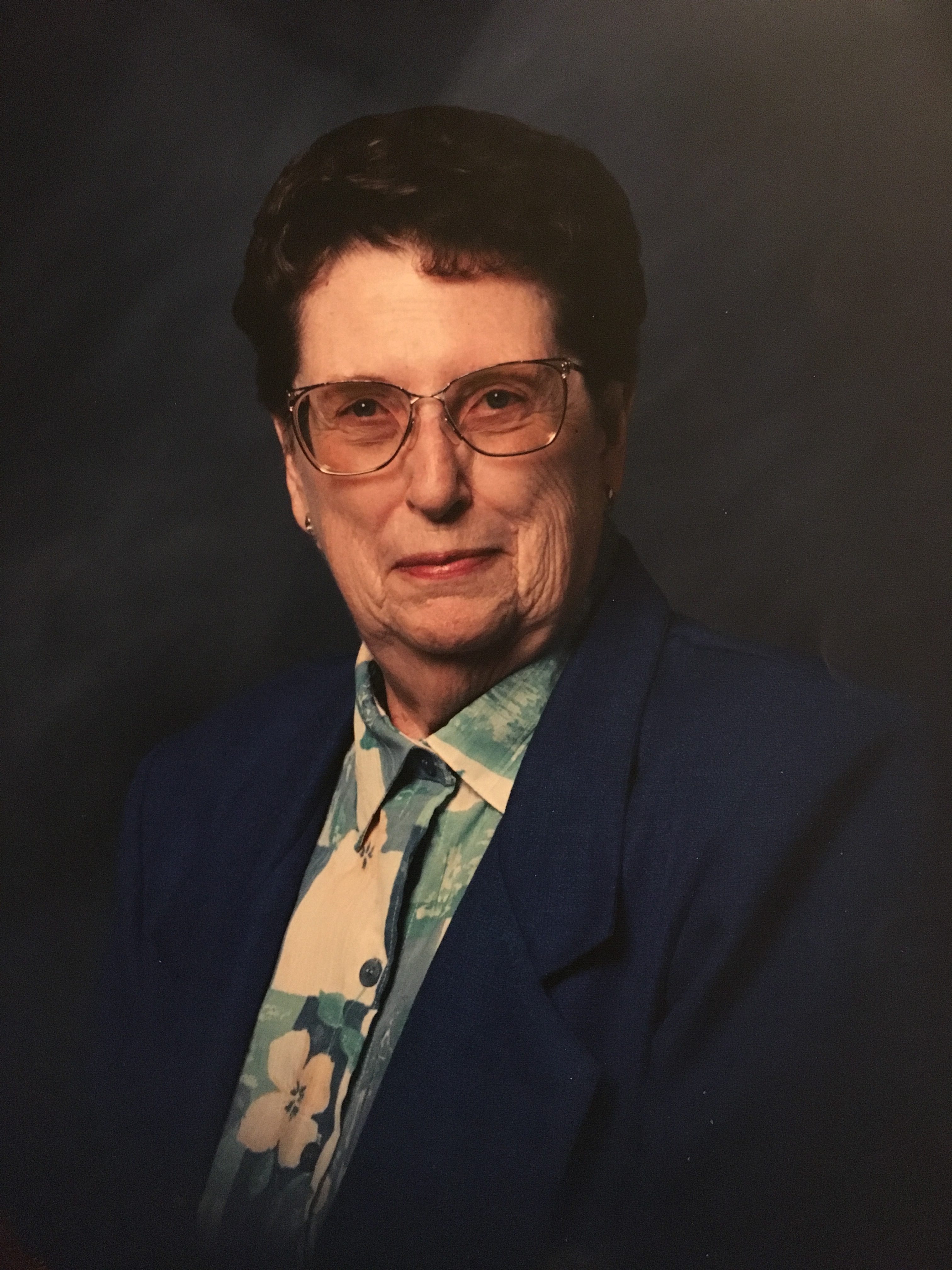 Betty J. Kolb, 92, Harrisonville, MO, former longtime resident of Springfield, MO, passed away on November 11, 2018 in Harrisonville, MO.
Betty was born February 11, 1926 in Sedalia, MO and graduated from Smith Cotton High School in 1941 and received an Accounting degree from Southwest Missouri State University later in life.
During World War Two she supported the troops by working in a munitions factory in St. Louis, Mo. alongside her mother Nettie B. Cline as an ammunitions inspection supervisor while still in her teen years.
Her adult life was filled with hard work that focused in the beginning on food service that took her to Colorado Springs, CO., Phoenix, AZ., St. Louis, MO., Kansas City, MO. and finally Springfield, MO. where she received her accounting degree and practiced her new skills with various companies and ending with Queen City Warehouses in 1997 when she retired to move to Harrisonville, MO. After a volunteer position evolved into a paid position at Cass Regional Medical Center she again retired in 2003.
Betty married in 1947 to Harry Theodore Kolb resulting in four children. She was a longtime member of the First Baptist Church in Springfield and transferred her membership to Faith Baptist Church in Harrisonville at her retirement.
She received a certificate of excellence from Cass County Medical Center for her volunteer work before being offered a paid position.
Her love of knitting produced thousands of cherished items for both loved ones and strangers that she donated to charitable organizations in Harrisonville.
Betty was preceded in death by parents Ralph E. Cline and Nettie B. Cline (Gilmore). Brother Deforrest E. Cline.
Sons Ralph Edwin Kolb and Dennis Ray Kolb and husband Harry T. Kolb.
She is survived by Daughter Lucy Ann Burton, spouse John Burton and Son Robert Alan Kolb, spouse Thommy MacNiff-Kolb.
She was a loving matriarch to 11 Grandchildren, 22 Great Grandchildren and 3 Great Great Grandchildren.
Visitation will be held at Greenlawn Funeral Home, 3506 N. National, Springfield, MO., Friday November 16th at 12:00 pm with services beginning 1:00 pm, burial will follow at White Chapel Memorial Gardens, Springfield.