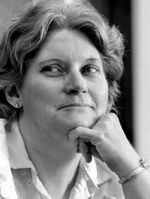 Betty Lou Buckner, 70, died Wednesday at St. John’s Hospital after a sudden illness brought on by complications from diabetes. She was affectionately called “Mawkaw” by a beloved granddaughter and “Mother Moose” by close family. Betty arrived Sept. 26, 1938 in Wright County, the second of two daughters born to Everett and Elva (Rosevear) Brazeal. Her father soon went to Colorado to find a better job to support his larger family – and found one – but was killed in car accident on the way back to Missouri. Elva later married Elgie Abbott. Betty graduated from Mansfield High in 1956 and then moved to Springfield, where she studied bookkeeping and shorthand at Draughon’s. She hung out at the Corn Crib, where she met Jerry Buckner. They were completely smitten. The couple married in 1960 and soon moved to St. Louis, where they loved to watch the mighty Mississippi and take long evening drives with the top down or the windows open. Betty, who never learned to drive, started writing women listed in pen pal magazines. The friendships were special and some lasted decades. At the time of her passing, Betty had more than 40 pals in other states and countries. A dozen letters arrived just this week. In 1969, the couple moved to Springfield to raise their only son, Randy. Betty worked as a bookkeeper for Ozark Tractor, CU and a private detective, among others, until she and Jerry opened Freeze Frame Photo. The couple remained inseparable and she enthusiastically supported the interests of her husband and son. She was exceptionally loyal to loved ones. Betty loved her routine. She laughed, in the same spots, during reruns of MASH and Andy Griffith. She loved to tell a good story, even if you’d heard it before. And she treasured lunch on Fridays at the downtown Dairy Queen. She collected rubber stamps, Emmett Kelly clowns and was an avid fan of Elvis and Marty Robbins. She is survived by a devoted son, Randy, and his wife, Claudette Riley; much loved grandchildren, Bronwyn Buckner and Derek Scroggins; nephew, Dennis Kingery and his wife Sue; a favorite aunt, Pauline Huffman; cousin, Pam Herd; the Lile family; her “adopted” Kansas grandkids; and dear friends, Gary and Nora Gunderson. She was preceded in death by her parents; sister Norma Kingery; and her husband of 46 years. He died three years ago this month and her family just discovered she wrote him letters, often daily, after his passing. Once widowed, she lived with her son and spent an enormous amount of time playing dolls with her granddaughter. Betty’s life will be celebrated with a memorial service at 10 a.m. Saturday at Greenlawn North, 3506 N. National Ave. The visitation starts at 9 a.m. A private burial will take place later at Liberty Cemetery. In lieu of flowers, the family suggests donations to the American Diabetes Association or the effort to save the one-room Liberty School.