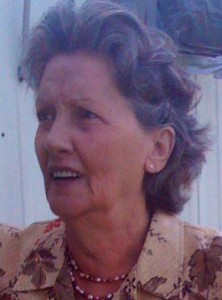 On the morning of January 27, 2016, Betty Sue Pitchford broke the earthly ties to be reunited with her beloved son, Robert Michael.
Betty was born on October 22, 1939. After a tough childhood, she married, gave birth to three children, and then returned to school to complete a high school education after her children all began school. Later, she became a Licensed Practical Nurse and took great pride in providing quality care for patients. She worked nearly twenty years at Missouri Veteran’s Home in Mt. Vernon, Missouri before retiring.
She was preceded in death by her son, Robert Michael Pitchford. She leaves behind Clayton Brown, her loving husband of nearly three decades with whom she shared One Eyed Jack and Buddy, their very lucky cats. Additional survivors include two daughters Ronda Pitchford of Bois D’Arc, Mo. and Susan James of Reeds, Mo; three grandchildren, Jacob, Michael, and Amanda and ten great-grandchildren, Charlie, Jazzy, Brennen, Logan, Kayden, Keaton, Hadley, Addie, Maddie, and Piper who all knew her as Babe or Charlie.
Betty requested no services be held but she had a huge soft spot for puppies and kittens as well as struggling neglected/abused children. Rather than flowers, if you are driven to do something to honor her, donate to your local humane society or children’s shelter in her name.

Blessed is she who believed that the Lord would fulfill His promises to her. (Luke 1:45)