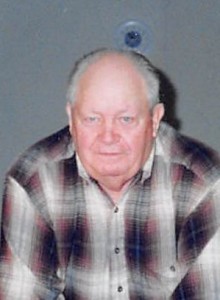 Bill J. Smith 86, of Springfield, Missouri passed away peacefully Saturday, July 25, 2015 in his home. He was born November 15, 1928 in Granby, Missouri to the late Hazel (Smith) Creel.
On May 15, 1951 he married Jahala Emma Crane in Bentonville, Ark.
Bill served in the US Army 1951 – 1953 in Korea. After returning from the military he went into the trucking profession. Retiring from Consolidated Freightways in 1991 and returning to work for Peterbilt Springfield, Missouri until 2013
He entered the Mason fraternity and became a member of the Pleasant Hope Lodge #467 later joined the Scottish Rite of Valley of Joplin. Bill became a Shriner Abou Ben Adhem of Springfield, Missouri.
He was an avid St. Louis Cardinals fan.
Bill was preceded in death by his wife Jahala in 2007, sisters Alice Minks and Shirley Coburn.
He is survived by three children, Cindy Harper of Republic, Jeff W. Smith and wife Cathy of Burleson, Tx. and Linda Van Deweerd of Springfield, 12 grandchildren, 22 great grandchildren, and several nieces, nephews, cousins and close friends. He will be deeply missed by all.
Visitation will be 7 until 9 p.m. Thursday, July 30, 2015. Funeral Services will be 1:30 p.m. Friday 31, 2015 at Greenlawn Funeral Home East 3540 E. Seminole, Springfield, Missouri with burial to follow at Missouri Veterans Cemetery in Springfield.
A special thank you to Integrity Home Care Hospice for their loving care and support.