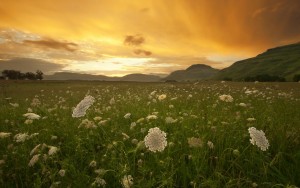 Billy James Snow (Papa Bill) passed away on February 1, 2016 at 2:15 a.m. He was residing at Glendale Gardens and, though his stay was short, he was given exceptional care by everyone there. He was born in Springfield, MO, to Alice and Floyd Snow. He had one sibling, Bonnie (Snow) McCroskey, who preceded him in death. Billy was saved and raised a Baptist and graduated from Senior High School in Springfield, MO. He married Peggy Tharp who was not only his wife, but his best friend. They had two children, Steven L. Snow and Billie Candace Snow. Bill and Peggy enjoyed taking their children on many activities and trips. Bill retired from The Frisco Railroad after 36 years of service. In 1983, they bought a house east of Springfield, MO. The house was built in a flood area, so it was built on stilts. They called it their pole house! Their grandchildren and great-grandchildren, grew up playing and spending a lot of time at the pole house. He and Peggy enjoyed going to auctions, garage sales and flea markets. They were also always working in their yard and landscaping. He was always there when his relatives needed to go to the dentist, doctor, hospital, etc. Anyone who knew him knows that he went straight to Heaven! Billy is survived by his wife, Peggy Snow; his daughter, Candace Burnett; his son, Steven L. Snow and BJ; his mother-in-law, Louise Vaughan; his sister-in-law, Debra Long; grandchildren, Angela Martin (Burnett), Billy Snow, and Bradley Snow, Seven great-grandchildren; niece Sherry Eggeman (Walker); nephews; several cousins; and many friends. No services are planned at this time; the family suggests memorial donations to The American Diabetes Association.