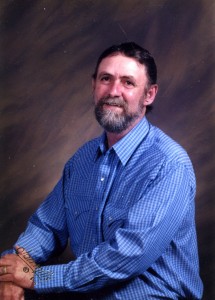 Funeral services for Billy Lavan Flatt age 63 of Kirbyville, Missouri will be held at 1:00 PM, Wednesday, November 4, 2015 at Greenlawn Funeral Home in Branson with Pastor Chuck Silva officiating. Burial will follow in the Edwards Cemetery near Kirbyville, Mo.
He passed away on October 31, 2015 at his home.
He was born on July 1, 1952 to James Othel and Ruby Gladys Murray Flatt. He was a buyer with Summersville Tie Company in Dallas, Texas where he purchased ties for railroads. He was of the protestant faith.
Survivors are his wife; Margaret Koelling Flatt of the home. Two daughters; Michelle Sisco (Kevan) of Western Grove, Arkansas and Heather Griffin and fiancée Gary Owens of Kirbyville, Missouri. One brother, James Flatt of Ozark, Missouri, two sisters, Colleen Rickel of Bergman, Arkansas and Gaynell Daniels of Bentonville, Arkansas. Six grandchildren; Kendell Sisco, Kortnie Sisco, Klane Sisco, Adisyn Silva, Cruz Giambrone and Mahlia Giambrone. He was preceded in death by his parents and one sister, Wanzell Campbell.
Visitation will be at 12:00 Noon until service time on Wednesday in the funeral home.