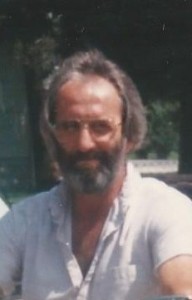 Bob Hurst, age 69, of Springfield, passed away on July 7, 2016. Bob was a retired auto mechanic from Reliable Chevrolet after many years of service. He is preceded in death by his parents, and his daughter, Tina Gentry. Bob is survived by his daughter, Wendy White and her husband Michael, son, Jim Shaw and his wife Tammy, his grandchildren, Tiffiany, Tauna and Garrett, his great-grandchildren, Maddison, Alexander, Mason and Skyla and a brother Raymond Hurst. Visitation will be on Monday, July 11, 2016 from 6:00 to 8:00 pm in Greenlawn Funeral Home South. In Lieu of flowers, donations can be made to the American Cancer Society.