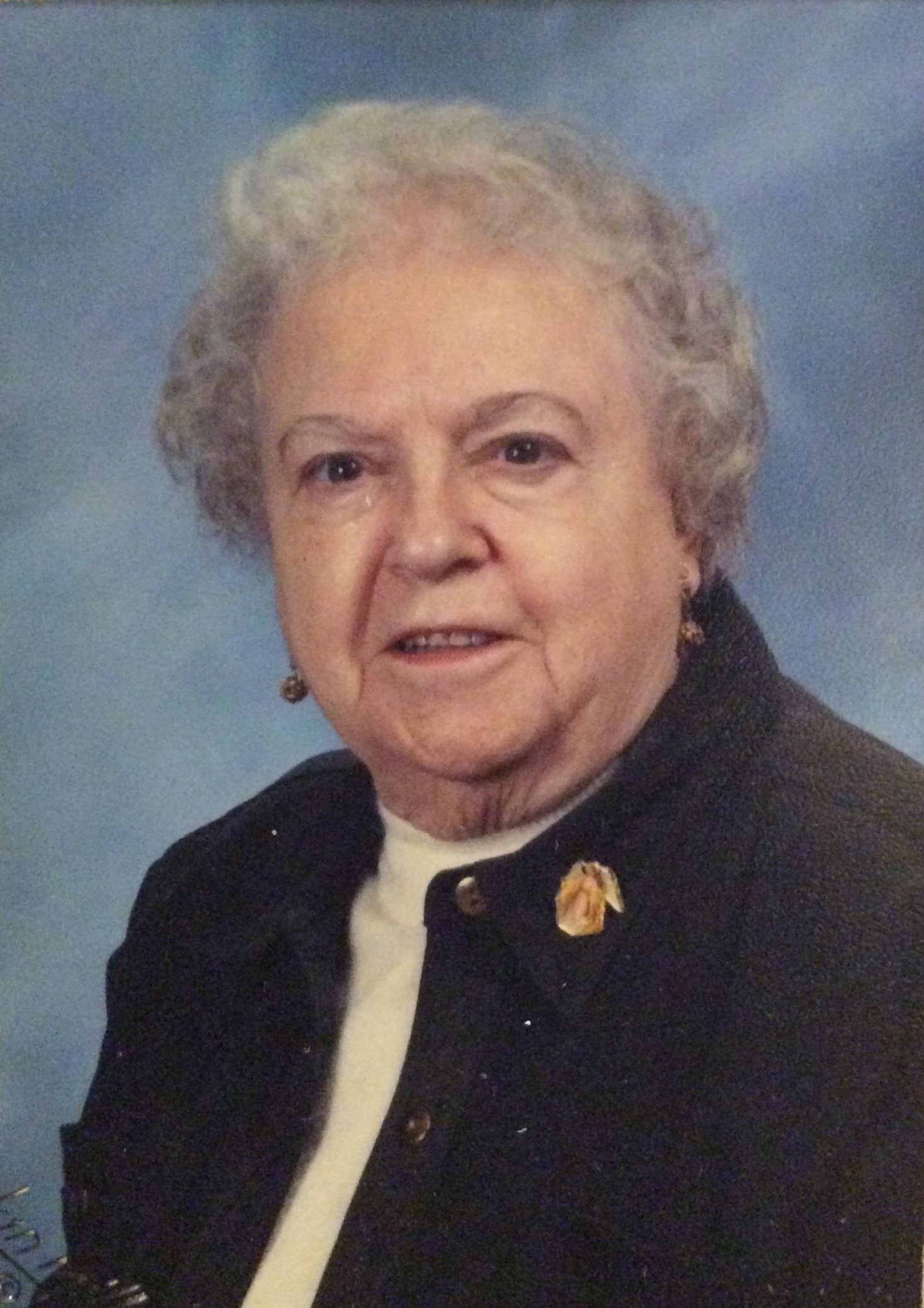 Bonnie Bernice Robinson, 100, was born on June 12, 1920 in Roy, New Mexico and passed away March 28, 2021 at Birch Pointe Health & Rehabilitation in Springfield, MO. She married Clyde H. Robinson on April 29, 1943 and soon after the war, they moved to Springfield where they became members of Grant Avenue Baptist Church.

Bonnie was known for her dedication to God and her service to family and friends. Over the years, she was Sunday School teacher, Missions director and Vacation Bible School worker at her church. She was always quick to help others in need.  She loved playing the piano and singing.

In addition to being a homemaker, she took some classes at Southwest Missouri State college, worked at the telephone company and then worked and retired from Lily Tulip.  After retiring, she began assisting “older people” in their homes who were often younger that she was.

For the past several years, when someone would ask her how she was doing, she would usually respond, “I’m just a tired old woman, ready for my reward.”

She was preceded in death by her husband, Clyde H Robinson; her son and daughter-in law David and Peggy; her parents, Lafayette and Isora Deubler; her brothers, John, Marvin and Eddie Deubler and her sisters, Mellie Coones, Dollie BeDillon and Wilda McDonald. She is survived by her sister Martha Kniep; her brother Dan Deubler and wife Kathy; her son and daughter-in-law Loren and Susan; her four grandsons, Michael, David, Paul and Adam; her three great grandchildren, Kellan, Kylia and Elaina and many nieces and nephews.

Her funeral service will be held on Saturday, April 10, 2021 at 11:00 a.m. at Greenlawn Funeral Home North, 3506 N National, Springfield, MO officiated by Pastor Kenny Killingsworth. Visitation will be held on Friday, April 9, 2021 from 6:00 p.m. to 8:00 p.m. also at the Funeral Home.  Burial will follow the service in Greenlawn Memorial Gardens.