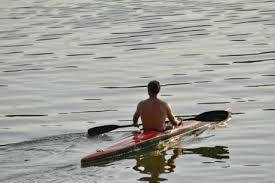 Bruce Colby Brundege, 66, of Springfield lost his battle with cancer, Saturday, August 24, 2019. Bruce graduated Logan Rogersville High School in 1971. While in high school he was a member of the band Wolf Creek.
Bruce was a retired lineman and member of IBEW local 53. As a lineman he was one of the heroes helped restore power to the victims of Hurricane Katrina as well as in other disasters.
He enjoyed kayaking, photography, working on his home and making things with his wife, Gail and known for his story telling. Once an avid hunter, he gave up the sport for his love, compassion and respect for the lives of all the creatures that share this planet. His respect extended to all humans as well. You could always count on him to help a friend in need. His death leaves a large hole in the lives of all who worked with him or knew him.
Reuniting and marrying a high school girl friend, Gail Hamilton was the happiest part of his life. He is survived by his wife, Gail and their dogs and cats, his brother and sister-in-law, Jeff and Alishia Brundege, his extended family, union brothers and many good friends.
We miss you Bruce and we always will.
A private celebration of life for close friends and family will be held at a later date.