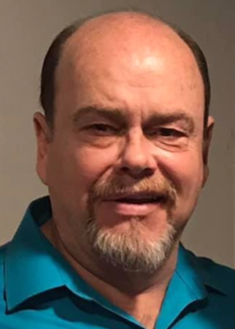 Bryan Keith Sadler, 58, of Ozark Missouri gained his heavenly wings unexpectedly on Saturday evening of May 23rd 2020, at 7:55 pm with family at his side.
Bryan was born on November 15th 1961 to Royal Buddy Sadler and Carolyn Dorris (Carter) in Hobbs New Mexico. Bryan grew up around west Texas and lived also in Oklahoma City Oklahoma. He attended his High School years in Longview Texas and graduated from Pine Tree High School in 1980.
After attending New Mexico Junior College Bryan received his degree in Engineering, and later in years after marriage, he obtained his Associates degree in Electronics. He worked for Boeing Aircraft and General Electric. The last twenty-two years Bryan has worked in Resort Sales. At the time of his passing, Bryan was employed by Westgate Resorts in Branson Mo where he leaves behind many close friends and co-workers.
In 1984 Bryan married Melody (Heard), the love of his life. She has been his soul mate, best friend and partner in life for 36 years. To this marriage joined two children Lacie Lannette and Jerin Keith. Bryan and Melody have had the honor to love and cherish 5 Grandchildren – Jayden Sadler, Ryland, Ryder, Wyatt and Erin Grace Bittick. The Sadler family have attended Ozark Mountain Pentecostal Church where they have remained faithful members for several years.
Bryan enjoyed the outdoors. He enjoyed hunting and fishing. He enjoyed riding his Harley Motorcycle and spending time with close friends. He cherished many wonderful memories of going fishing with his Father. Bryan loved his family and close friends and has left us many wonderful memories.
Bryan is survived by his wife, Melody Sadler of Ozark Missouri. Daughter, Lacie Lannette Bittick (spouse, Richard Bittick). Grandchildren, Jayden Sadler, Ryder, Ryland and Erin Grace Bittick. Two Sisters; Sherri Martinez of McAlester Oklahoma and Velenda Duhon (spouse, Wayne Duhon) of Tomball Texas. Brother-in-law Raymond Landford, Stepmother, JoAnn Sadler of McAlester Oklahoma. Step-sister, Alina Jo Horn (Spouse, A.J Horn) of Lehigh Oklahoma. Numerous nieces, nephews and other family members who he loved with all his heart.
He is preceded in death by his parents, Buddy Royal Sadler and Carolyn Carter. Grandparents Bud and Choisey Mae Sadler. A Son -Jerin Keith Sadler, a Grandson- Wyatt Keith Bittick, Sister; Shela Kay Lanford. Numerous Uncles and Aunts.
Active Pallbearers will be: Denver Mantooth, Jerry D. Heard, Danny Prouty, Randy McMullen, Jon Nelson, Paul Rogers.
All Services will be held at Greenlawn East at 3450 E. Seminole Springfield Mo. In Lieu of flowers a Bryan Sadler memorial fund has been established at Southern Bank in Ozark.
Visitation will be held from 11:00 am – 1:00 pm.
Funeral Service will be at 1:00-2:00 pm at Greenlawn Funeral Home.
Casket will remain open only for viewing at visitation and at the close of service for private family viewing.