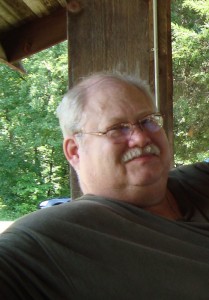 Leroy went home to meet The Lord and reconnect with his friends and family who got there first on Wednesday December 10, 2014. He worked at Zenith and later for the Springfield Public School, but his first priorities in life were to his church, Grandview Missionary Baptist (Where he was a Deacon) and his family along with being a big fan of The MSU Lady Bears ( which you may have only seen his face through his camera lens). He was proceeded in death by his sister Linda, father Norris, father-in-law Harold, and sister-in-law Chris. He is survived by his mother Maxine, father Charlie, wife Jeanie, brother Ron, sister Carol, daughters Julie and Becky, son-in-laws Randy and David, 5 grandkids, 2 great grandkids, many in-laws, nieces, nephews, great friends, and his loving church family.
Visitation will be at Greenlawn North on Friday December 12, 2014 from 6-8pm with his Life Celebration service on Saturday at 1pm.
In lieu of flowers please make a donation to the Grandview Missionary Baptist Church building fund or St Jude’s Children’s Hospital in his memory.