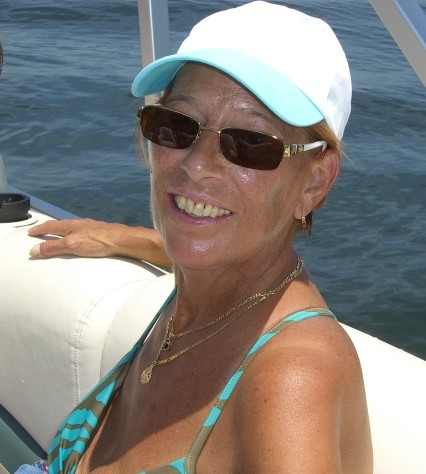 Carol Anne Gustin (Abelein), 68, passed away in her home surrounded by her family on September 5, 2020. She was born on June 1, 1952 in Lima, NY, the eldest daughter of Warren and Betty Abelein of Honeoye Falls.

Carol was a member of the first graduating class of 1970 at Honeone Falls-Lima High School. She married Stephen R. Gustin (Steve) of Honeoye Falls in February 1972 just prior to him shipping out of Naval Air Station North island, San Diego for Vietnam. At the conclusion of his service to the US. Navy, Steve and Carol returned to Honeoye Falls. They welcomed their daughter Caris in 1976.

Carol served as the Finance Director for the Town of Mendon for 25 years and then was the Office Manager at James L. Garrett Company in Brighton before retiring at the age of 54. Carol, Steve, and Caris traveled many summers camping all over the country; on one trip, they stopped in the Ozarks and fell in love with Table Rock Lake. They built their own home on the lake in 2006 and have enjoyed the lake life with family and friends; Carol loved boating, cooking for visitors, playing cards and doing crossword puzzles and making a beautiful and welcoming home.

Carol is survived by her husband Steve, daughter Caris, granddaughter Alexis, sisters, Ellen and Susan, sister-in-law Donna (John) and brother-in-law Brian (Michelle). She is predeceased by her parents Warren and Betty Abelein and brothers, Steven and Russell.

Family and friends are welcome to attend a Memorial Visitation at Greenlawn Funeral Home in Branson on Thursday, September 10, 2020 from 4:00 PM until 6:00 PM.

The family would like to thank the nurses and caregivers from Hospice Compassus for their care.

In lieu of flowers, her husband request donations to The American Cancer Society in Carol’s name.