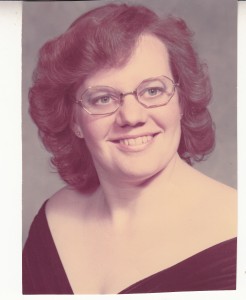 Carol Jean Wofford- Shockley, age 66, of Dyersburg, TN, formerly of Springfield, passed away Tuesday, December 29, 2015 in Jackson TN. She was born July 14, 1949, in Springfield, MO, to Harold and Jean (Ferguson) Wofford. She was a member of the Baptist faith. She had several business certifications and she had worked as an accountant for several firms. As a single mom, she raised and devoted her life to her three children and was a grandmother of seven. During her lifetime, Carol donated to many charitable organizations. She also enjoyed playing and singing music, and creating photo albums of her family.
She was preceded in death by her parents; she is survived by her son Danny Wofford (Kelly), Ash Grove, MO two daughters: Amanda Jean Ingram (Brian), Dyersburg, TN and Tammy Rae Kennedy, Springfield, MO; her seven grandchildren: Jacob, Dylan, Emally, Cheyenne, Ashlee, Sara, and Jessica, two brothers: Mark E. Wofford, (Tonni) Willard, MO and James H. Wofford, (Kathy) Ft. Worth, TX.
Memorial services will be held at 4:00 p.m. Saturday, Jan 9, 2015 in Greenlawn Funeral Home North. Burial will be held at a later date. Visitation will be held from 3 to 4 p.m. before services. In lieu of flowers, memorial contributions may be made to the charity of the donors’ choice. Services have been entrusted to Greenlawn Funeral Home North, Springfield, MO. Online condolences may be made at www.greenlawnfuneralhome.com.