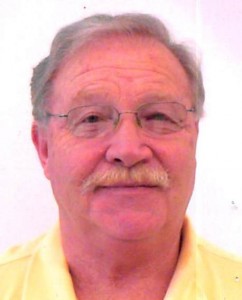 Charles “Mike” Donigian Sr., age 67, of Marionville, MO, passed away Friday, October 23, 2015 at Mercy Hospital. He was born November 10, 1947, in Washington, IL, to Harry and Fern (Nall) Donigian. He was a member of the American Legion Post 639. He served in the United States Army during the Vietnam Conflict. He was a General Foremen for BNSF Railroad for 42 years, retiring in 2009.
He was preceded in death by his father, Harry Donigian, a brother, Danny Donigian and his wife of 36 years Connie Donigian.
He is survived by his mother, Fern (Nall) Donigian of Washington, IL, a daughter Paula & Wes Skaggs of Lee’s Summit, MO and a son, Jeremy & Joey Donigian of Aurora, CO, and six Grandchildren and a sister, Rebecca Carter of Edwardsville, KS.
Celebration of Life services will be held at a later date.
Memorial contributions may be made to the American Legion Post 639 Springfield, MO.
Services have been entrusted to Greenlawn Funeral Home East, Springfield, MO.