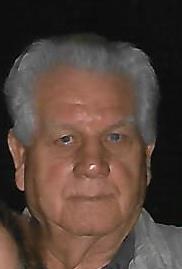 Charles “Chuck” H. O’Neal, age 85, of Warsaw, MO, passed away Friday, January 22, 2016, at Citizens Memorial Healthcare Facility Bolivar, MO. He was born February 9, 1930, in Wilson, OK, to John and Leta (Harper) O’Neal. He is a U.S. Air Force Korean War veteran. He was united in marriage to Shirley Colleen Carrow June 23, 1954, in Corpus Christi, TX, and to this union two daughters were born. He served as the president of the Iron Worker Local #10 Kansas City District for 11 years, and was an Iron Worker for over 30 years.
He was preceded in death by his parents; his wife of 30 years Shirley Colleen O’Neal; and four brothers: Bud, Ted, and WC O’Neal, and Pat Hill.
He is survived by three daughters: Sherry Leimkuehler of Monroe, WI, Lisa Stone of Warsaw, MO, and Melinda Kresse and husband Michael of Warsaw, MO; four grandchildren: Bobby McGinnis of Monroe, WI, Amanda McVay and husband Jeremy of Raymore, MO, Amy Callaghan and husband Robyn of Savannah, GA, and Joseph Charles “JC” Kresse and wife Jessica of Kansas City, MO; four great grandchildren: Meghan, Olivia, Mia, and Lucas; one brother LeeRoy O’Neal and wife Jean of Tyler, TX; as well as several nieces, nephews, other relatives and friends.
According to his wishes, Charles will be cremated. Private family services will be held at a later date. Online condolences may be made at: www.greenlawnfuneralhome.com. Arrangements have been entrusted to Pitts Chapel Bolivar, MO.