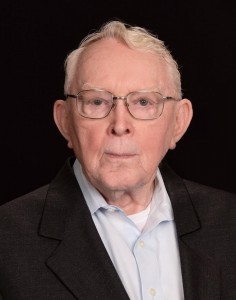 Charles Lee Fairhurst, age 81, of Battlefield, MO passed away on Thursday, October 15, 2015, in the Lawrence County Nursing Home. He was born on October 19, 1933 in St. Joseph, MO.
Charles graduated from Leavenworth Kansas High School in 1951 then attended SMSU and AGTS in the late 70’s. He was in the United States Air Force 20 years and retired as a Master Sergeant. He then, pastored two years at the Cumberland Presbyterian Church in Dunnegan and eight years at Arlington Assembly of God in KY.
Charles married Virgie Almeda (Koon) Fairhurst on May 31, 1953 in Malvern AR, and they were members of Battlefield Assembly of God Church. His hobbies and interests were reading his bible, fishing and carpentry.
He was preceded in death by his parents, Lewis C. Fairhurst and Dorothy M. Fairhurst. Charles is survived by his wife, Virgie Almeda Fairhurst, children, Glenna Faye Rowland, David Charles Fairhurst and Katie Fairhurst, Lori Ann McClintock and Dennis McClintock, grandchildren, Kimberly, Jessica, Stephanie, Eric, Jonathan, Elliott, Chelsea, Sierra and Drew, and great-grandchildren Grace, Benjamin, Sara Taven and Tegan.
Funeral services will be on Tuesday, October 20, 2015 at 11:30 am in Greenlawn Funeral Home South with the burial to follow in Missouri Veterans Cemetery at 1:00 pm. Visitation will be prior to the funeral service from 10:30 to 11:30 am in the funeral home.