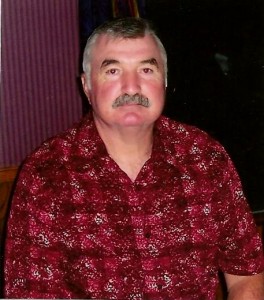 Charles “Boz” Rudisill, age 65, passed away at Mercy Hospital, Springfield, Missouri, on Tuesday, February 23, 2016, at 4:25 p.m. after a courageous battle with heart disease.
Boz was born October 22, 1950, in Lakeview, Oregon and grew up in Northern California. He was married to his wife, Donna, on September 11th, 1976 and he owned and operated a successful trucking business. After leaving California in 1993, he and his family moved to Southwest Missouri to enjoy retirement. Boz was an avid outdoorsman who enjoyed hunting, fishing and working on his farm.
Survivors include his loving wife of 40 years Donna, daughter Becky Appleton, and four grandchildren, Ashlee, Amber, Madison and Riley. He is also survived by his sister Shirley Farley, brother Thomas Rudisill and numerous nieces and nephews. Boz was preceded in death by his parents, Cleston and Geraldine Rudisill, sister Linda Marks and his beloved sons Garrett and Jarrett Rudisill.
Visitation will be held at noon, Saturday, February 27th, at Greenlawn Funeral Home East, located at 3540 E. Seminole Street, Springfield, Missouri. Funeral service will be held immediately following visitation at 2:00 p.m. There will be no graveside services.