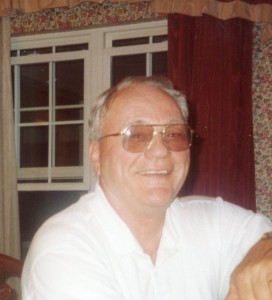 Chuck was born in Shawnee, OK on September 18, 1938 to Joseph Augustus and Lulu Blanche Rowan. He is survived by his wife and constant companion of 39 years, Phyllis, and many, many friends and acquaintances.
He accepted the Lord as his Savior at an early age, then became an avid follower of Christ in April 1981. Bible reading and memorization were a vital part of Chuck’s daily walk with the Lord. He read through the Bible multiple times each year. He was also known as an intercessory prayer warrior, to whom many of his friends confided their prayer needs. His dependence on daily guidance by the Holy Spirit was evident to all who knew him. Chuck’s walk with the Lord was the most important thing in his life.

Chuck joined the U.S. Air Force when he was 18, and was privileged to serve 22 years before he retired. While serving in the Air Force, he had the opportunity to visit 17 foreign countries as well as numerous U.S. locations.

After retirement from the Air Force, he worked for Zenith Radio and Television Corporation, and ended his working career with the Burlington Northern- Santa Fe Railroad in Fort Worth, TX in 2003.

Chuck will be sorely missed by his wife, Phyllis, as well as all his friends.

Funeral services will be on Tuesday, December 1, 2015, at 12 p.m. in Greenlawn Funeral Home South. Prior to the funeral service, visitation will begin at 11 a.m. Chuck’s life will be celebrated with graveside services with full military honors on Thursday, December 3, 2015 at 12 p.m., in Missouri Veterans Cemetery, Springfield, Missouri.