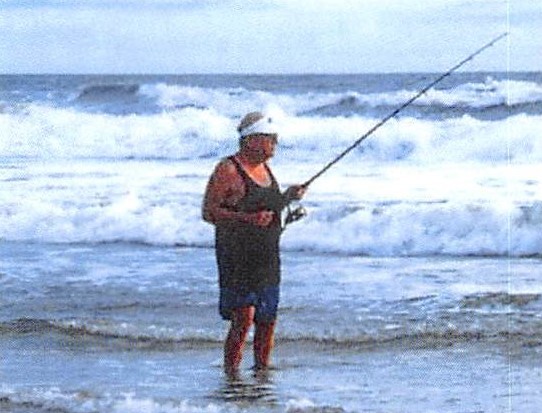 C. Tom Huffman, 91, was discovered deceased at his home October 12 . The precise cause of death will never be known. C. Tom lost his wife, Pauline, of 52 years last year and was never quite the same. Although he was confined to a walker and wheelchair for the last several years of his life due to the ravages of arthritis and peripheral neuropathy, his core health remained remarkably good. His sudden and unexpected death
was a profound shock for everyone. C. Tom raised a family and worked at the Social Security
Administration as a field representative traveling to several local communities interacting with the public, taking claims, solving problems, and providing a public face for the agency he served. For many years he also hosted a brief early morning public service television show about Social Security. It was a career he loved and excelled at for 30 years.
C. Tom was born in Verona, Missouri in 1927 to L.G. and Lois Huffman. L.G. was a prominent local figure running several successful businesses during the Depression and after. C. Tom lived a near-idyllic Tom Sawyer-like childhood in Verona swimming, fishing, playing sports in a small town where everyone knew everyone else and in which virtually everyone was known by a nickname. He even traveled with the circus for one season playing the trombone for the circus band.
He was close to his maternal uncles, two of whom were professionals, a doctor and a teacher. C. Tom decided
that he wanted to follow his uncle and become a teacher. To that end, he attended Drury and SMS and obtained
his bachelor’s degree. He then studied English Literature at University of Arkansas where he received his
Masters degree. He spent one year teaching high school at a Oklahoma military academy. The experience
convinced him that teaching was not his best calling after all, and after working for a time at the Missouri
Employment Agency (where he met Pauline), at his mother’s suggestion he took the civil service exam and
scored highly. This led to his career at the Social Security Administration.
Tom and Pauline retired In 1985 and spent many good years with family and friends in Springfield and enjoying
annual trips to St. Augustine Beach, Florida and Hot Springs, Arkansas. The annual trips to Florida stopped only
when the advancement of age eroded his ability to stand in the surf in the early morning hours casting a line for
bluefish.
C. Tom was well-educated and erudite. He was conversant in poetry and literature, from which he would
occasionally quote. He was relentlessly honest and responsible almost to a fault. He was also a bundle of
contradictions. Although he had a big personality and could easily dominate a room, he was also often painfully
shy. He was not an easy person. He could certainly lose his temper and did not suffer fools, and yet he was one
of the kindest men we ever knew, especially when it really mattered. He also had a wicked sense of humor and
yet suffered much of his life from melancholia. His passing leaves a hole that for many of us will never be filled.
C. Tom is survived by Pauline’s three children Tom (62), Tim (72), and Nancy (73). He also leaves behind several
grandchildren, including Craig and Kristen Naugle, Cathy Hollinden, Shana Chan, Denise Tjarks, and Nathan
Naugle.
Graveside services will be on Sunday, October 21, 2018 at 3:00 p.m. in Spring River Cemetery, Verona,