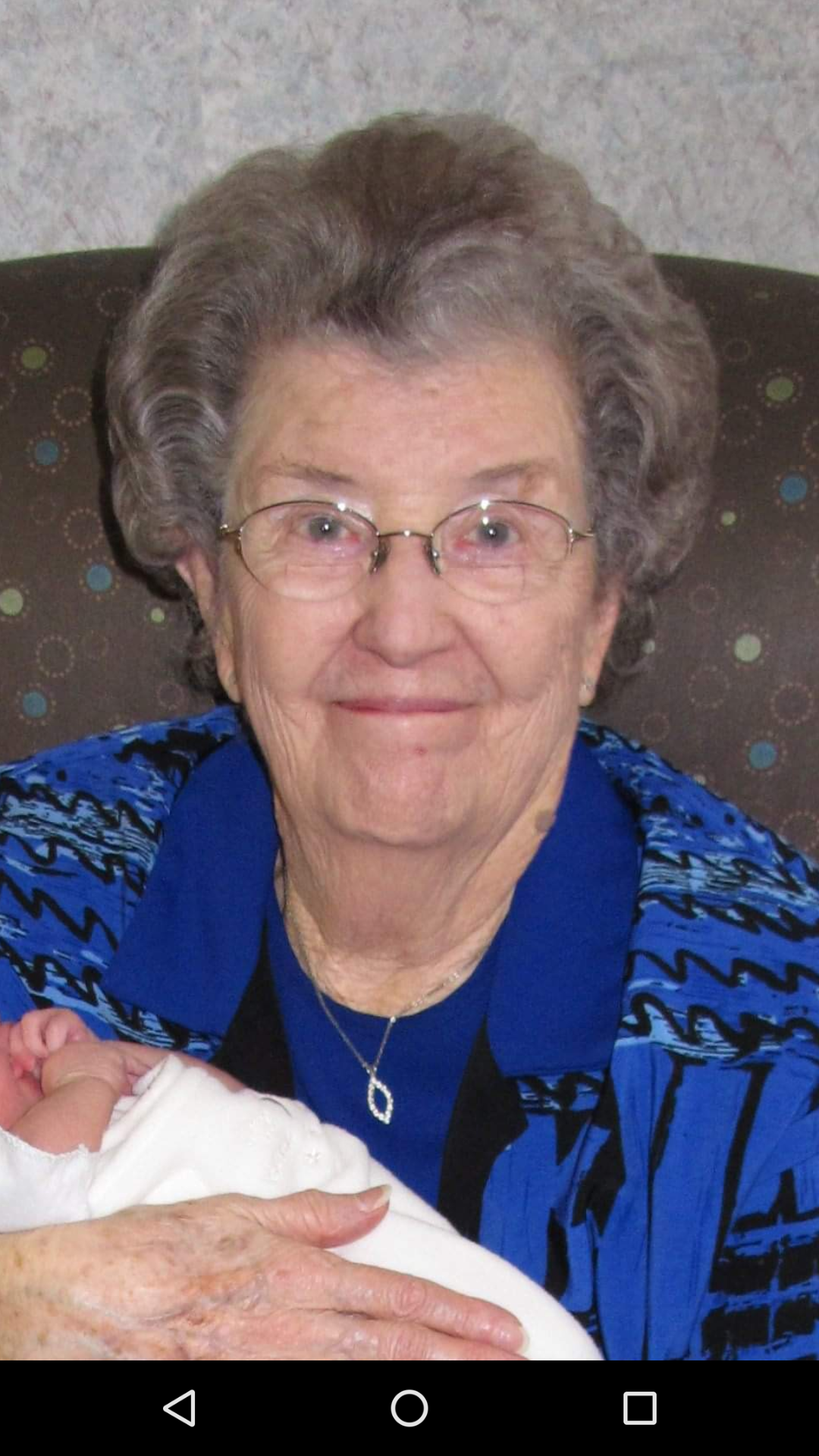 Charlotte E. Smith (Ricks) of Springfield, MO was called to her heavenly home on Tuesday, April 9, 2019 at the age of 95. Born in Campbell, MO on May 9, 1923 to Claude “Earl” Ricks and Rachel “Betha” Ricks, she was the youngest of three children.

Charlotte was devoted to her husband, Truman, for 52 years until his passing in 2003. They had one daughter, Janis. Over the years, she worked as a seamstress and a homemaker. For most of her life, she lived in Campbell, Missouri, where she was an active member of the Beechwell Baptist Church and the Rebekah Lodge, until she moved to Springfield to be closer to her daughter and her family, and became a member of First General Baptist Church. Charlotte loved family gatherings and was famous among family and friends for her chocolate rolls.

Charlotte is survived by her daughter, Janis (Rick) Seals of Springfield, Missouri; grandchildren, Erin (Peter) Genua and Scott Seals; and great-granddaughters, Shiloh and Eliana. She is preceded in death by her parents, Claude “Earl” Ricks and Rachel “Betha” Ricks of Campbell, Missouri; husband, Percy “Truman” Smith; and her brothers, Glen Ricks and Ray Ricks.

The family would like to thank the Oxford Health Care team, especially Miss Jeri, Carissa, Rachel, Valerie, and Pastor Mike, as well as the staff at Sonshine Manor in Republic, MO for their care.