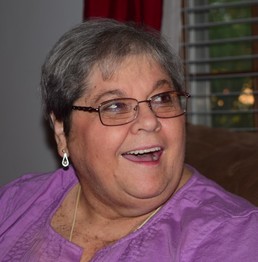 On Tuesday, February 11, 2020 at 2:06 pm our mom, Cheryl Bass passed away and is now with Christ. She went peacefully after being ill for a long time with multiple, chronic issues. My brother, Jimmy, our wives and the grandkids thank everyone for their love, support and prayers over the last several weeks as well as the last three years since she has been in the nursing home. Please keep us in your prayers as we deal with the loss of our mother. We were lucky to have many of our closest family (aunts, uncles, and cousins) and friends with us earlier this week to show mom their love for her as she was finishing her last leg of the race.
Cheryl was born on January 21, 1948 in Bloomington, Illinois to Mildred Mamie (Freshour) Smith and Harry Chalmer Smith. As her father was a tenant farmer, they lived in multiple small towns in the area and later her family moved to Gibson City, Illinois, where Cheryl later graduated from Gibson City High School.
In July of 1955, Cheryl along with her mother and 3 siblings (1 older and 2 younger) were involved in a severe auto accident. The car they were driving was struck by a drunk driver leaving all involved injured to various degrees of severity, with their mother taking the worst of the injuries. This accident combined with another head injury, which occurred at a later date, is believed to result in Cheryl’s start of epileptic seizures.
Cheryl suffered with epilepsy for the rest of her life, which created many major challenges for her to cope with. Through prayer and some “newer” medical knowledge, it was discovered in 1979 by her dentist and epilepsy doctor that she needed to switch her seizure medication, which resulted in her going without a single seizure for about 6-7 years. During this time Cheryl, with assistance by her husband Rolla Bass, gained her driver’s license and full-time employment at Marshall, Missouri’s State School and Hospital (known as the Missouri State Colony for the Feeble-Minded and Epileptic), where she worked for a number of years. Cheryl loved working with the residents of this facility and was able to care for many during her time there.
Cheryl continued working with disabled individuals when she moved back to Springfield, MO between 1986 and 1990 and then again when she moved back to Marshall in 1990, until she could no longer work due to her return of episodic seizures.
In January of 2017, Cheryl decided it was best to move into the Sweet Springs, MO Skilled Nursing Facility due to recent advancements of her other chronic health issues. She remained there until April 2017, when she along with her two sons decided it was best to move to Jordan Creek Nursing and Rehab Facility, located in Springfield, MO.
Cheryl remained at Jordan Creek, until she passed this last Tuesday. Cheryl lived for her two sons, their wives and her 5 grandchildren, whom she loved more than anything. She always told us, “I love you with all my heart and soul.” We love you too mom, may you rejoice in heaven with Jesus and all those whom have gone before you!
Cheryl was preceded in death by her mother and father, Mildred Mamie (Freshour) Smith, Harry Chalmer Smith, her brother, Bob Smith, her step-daughter, Lee Ann Clouse, and her husband of 11 years, Rolla Bass as well as 3 grandchildren who passed prior to being born.
Cheryl is survived by two sons and their wives, Jeff and Regina Smith of Springfield, MO; Jimmy and Suzane Bass of Marshall, MO; 5 grandchildren: Jaren Smith, Jalie Smith of Springfield, MO and Ethan Narron, Kaiser Bass and Elise Bass of Marshall, MO; son and his wife, Steve and Jill Schwindler of Wailuku, Hawaii, Steve was raised by his loving parents, Jane and Dave Schwindler; 10 step children, 23 step grandchildren, 39 step great grandchildren; her sister, Chalma Dee Hughes and her husband Russ of Springfield, MO; her brother Thomas (Tom) Kent Smith and his wife Debbi Smith of Rolla, MO, and many nieces and nephews.
Visitation for Cheryl will be 6:30 – 7:30 p.m. Friday, February 14, at Greenlawn Funeral Home East. Services will be 10:00 a.m. Saturday, February 15 in the funeral home with burial at Bass Chapel.