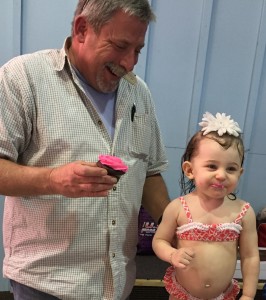 Chris Edward David, passed away March 1, 2016 at Indian Point, MO. He was born September 30, 1961 in Springfield, MO. He attended Republic High School where he graduated in 1979.
Chris had a long career in the Grocery Business, starting at the age of 13, with his final employment over 10 years with Town & Country Supermarkets where he was the C.O.O.
He had a passion for drag racing and spent many weekends at the race track with his children.
Chris was most proud of his 2 children, 2 step-children and his 2 grandchildren.
He was preceded in death by his mother Kathryn (Farr) David, his father John C. David and his brother Scott R. David.
Chris is survived by his wife Jennifer (McGinnis) David; his children Tara C. David, Tyler B. David; his step-children Casey P. Moore, Cooper D. Moore and his pride and joy Stella R. David and Aayden M. David.
Graveside services will be at 1:00 P.M. Friday, March 4, 2016 at Rose Hill Cemetery in Billings, MO. Visitation will be from 6:00 to 8:00 P.M. Thursday March 3, 2016 at Greenlawn Funeral Home East.