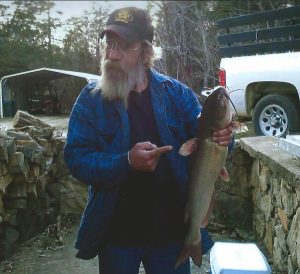 Memorial services for Christopher Neal Chase age 49 of Walnut Shade, Missouri will be held at 3:00 PM, Saturday, August 13, 2016 at Greenlawn Funeral Home in Branson. Arrangements and cremation was under the direction of Greenlawn Funeral Home.
He passed away on August 4, 2016 at Walnut Shade, Missouri. Chris was a longtime resident of the area and did dry wall work.
Survivors are his wife, Sheila Chase of Reeds Spring, three children, Jessica Thompson of Walnut Shade, Dylan Thompson of Branson, and Cassandra Chase of Branson, Missouri. His father, Jasper Chase, Sr. of Reeds Spring, Mo. three sisters, Stephanie Heston of Hollister, Mo., Michelle Perryman of Walnut Shade, Mo., and Cecilia Egan of Tulsa, Oklahoma, three brothers, Jasper Chase, Jr of Reeds Spring, Brian Chase of Reeds Spring, and Tracy Chase of Notch, Mo. He is also survived by four grandchildren. He was preceded in death by his mother, and one sister, Dorothy Heston.