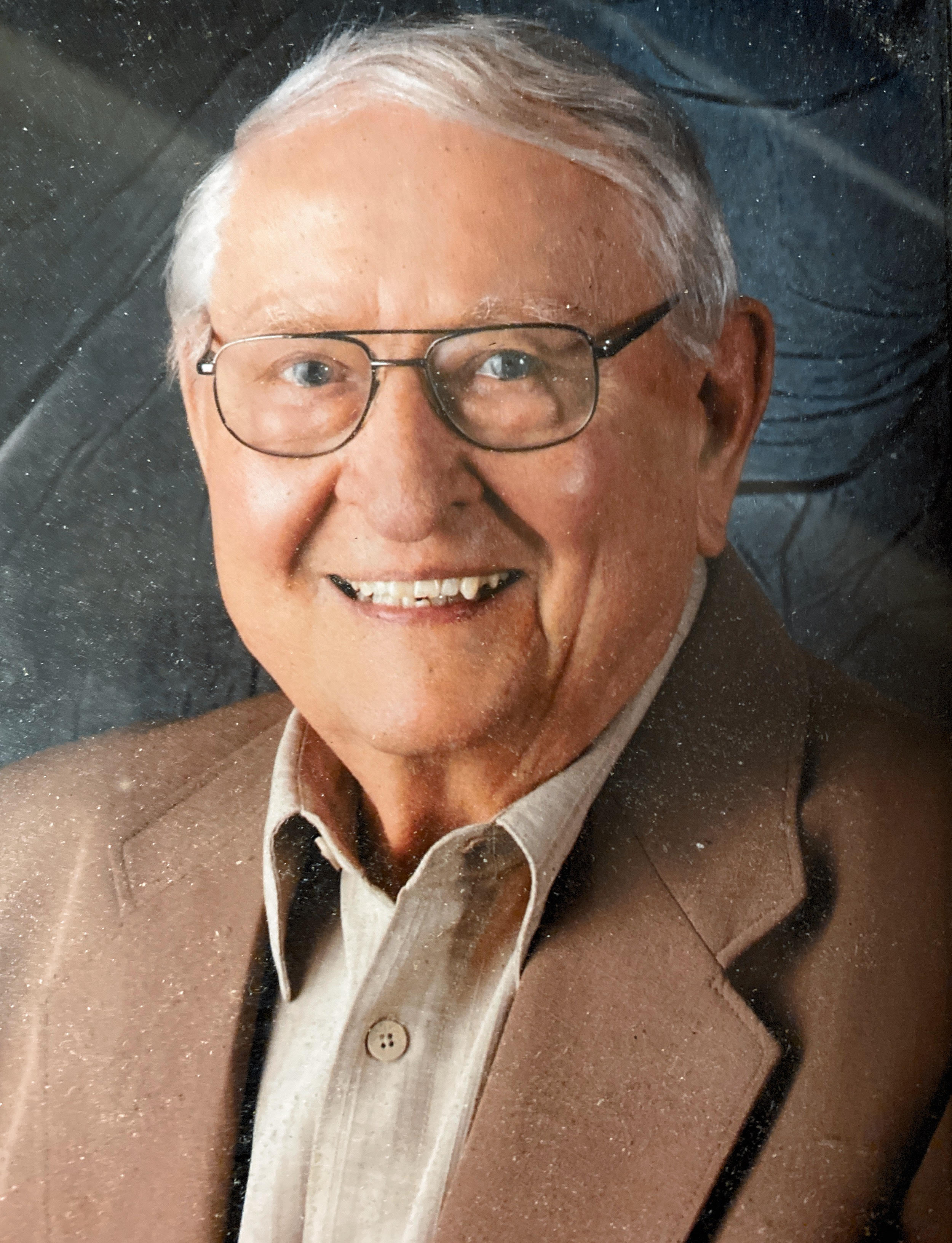 Bush attended Iowa State University in Ames, Iowa briefly before World War II led him to San Diego as a Radioman in the Signal Battalion of the U.S. Marine Corps. Ultimately based in Hawaii, Bush fought in the Pacific Theater of the War (1942-45). He landed on Iwo Jima, but never talked about it. If asked he would just say he carried the radio. Bush was honorably discharged 28 September 1945, continuing his military service in the Army Reserves until he retired a Colonel, U.S. Army Veterinary Corp. (1950-1988). He received the Distinguished Service Medal, 3 Army Meritorious Service Medals and the Army Achievement Medal.

After the war, Bush returned to Iowa State where he met and married the love of his life, Lorette Beryl Nelson on 27 December 1948. Iowa State is where Bush received his doctorate in Veterinary Medicine in 1950. Bush and Beryl moved to Excelsior Springs where he first practiced. About 1952 they moved to Columbia, Missouri when Bush joined the faculty as a Professor of Veterinary Medicine and Surgery at the University of Missouri College of Veterinary Medicine. Columbia is where they raised their two daughters, Beverly B. Sherman D.V.M. (Paul) now of Springfield, Missouri and Betsy A. McQueary, D.D.S. of Rogersville, Missouri. Football Saturday at their home in Columbia was pure black and gold. In those days, all walked through campus to Faurot Field as the Autumn leaves fell, picking up the pace when Marching Mizzou was heard to play in the distance. Rain or shine, win or lose, Bush would not leave the game until the end.

Bush taught veterinary medicine at the University for 34 years (1952-1986). There he established research and clinical programs in his specialty, large animal reproduction (Charter Diplomate and former President of the American College of Theriogenologists). At MU he was twice awarded the Distinguished Teacher Award. He also received the Alumni Faculty Award, Distinguished Professor Award, Distinguished Faculty Award, Dr. David Bartlett Lecture Award and the Iowa State University Stange Award. His professional career took Bush and Beryl around the world, they loved to travel and dance. Bush loved his big band and swing music, Katy Trail, fishing, Jekyll, computers, photography, Missouri Tigers, Kansas City Chiefs, a great scotch and a fine cigar. He and his family spent a year in the Netherlands, (about 1968) on sabbatical while he taught and co-authored with Dr. C.H. W. de Bois the textbook “The Technique of Frenotomy in Large Animals”. It was in the Netherlands that Dr. de Bois introduced Bush to cycling. Bush was hooked on bicycling from then on. Veterinary students of his fondly recall making farm calls in a clinic truck with a bicycle tucked away in the back. After their farm calls were finished, Dr. Bierschwal would say “just let me off here” and then he bicycled the 30 miles or more back to the Vet School. They also report his classroom instruction was made more interesting because he loved to instruct using movies, he had made of actual procedures performed. Bush thoroughly enjoyed teaching, his students, his colleagues and photography, then along came computer digital photography. All along, he kept current, built his own computer, and could often be found late at night in his office editing film. Bush retired from the MU Vet School a Professor Emeritus. His portrait hangs in a place of honor at the Vet School to this day.

Truly, Bush and Beryl most enjoyed each other, family, and their many friends. Betsy has one son, Matt (Alex) of Ozark, and they have a young son James. Betsy has two daughters, Dr. Melissa Broaddus (J.T.) of Springfield (their son Sam) and Lindsey (Cody) of Charleston, South Carolina. Bev and Paul have two sons, Luke (Springfield) and Sam (Kansas City, engaged to Taryn Nash), and two daughters, Elise (Columbia) and Hayley (Iowa City). Bush leaves behind his cat, Tebow, now a new member of the Sherman household. All animals loved Bush, and he them.

Always active, always thoughtful of others, always positive, and always supportive, Bush taught us all many wonderful lessons, real life lessons including humility, hard work, responsibility and the importance of family and friends. Much loved, we miss him deeply but smile knowing Bush and Beryl are together again. Bush passed away Saturday, October 17, 2020 in Springfield. To his many friends, made closer by cards and emails, thank you all. We plan a short service Saturday, October 31, in Columbia. Bush loved fun; we certainly have enjoyed the fond memories each of you have been sharing with us. Please live each day to its fullest, he did for over 97 years. Like Frank sang it, he did it his way. Thank you, Bush.