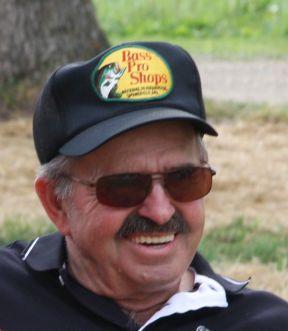 SPRINGFIELD – With profound sadness, the family of Clyde Dale Jones mourns his passing on Tuesday October 1st, 2019 after a long battle with illness.
Dale was preceded in death by both his parents, Clyde and Ester Jones, His brothers Ronnie Jones, Don Jones and one sister Mary Lou (Jones) Baker
Visitation will be at the Greenlawn Funeral Home East in Springfield Missouri on Friday October 11th 2019 between 6 and 8 pm. Burial service with full military honors will be at the Seymour Cemetery in Seymour Missouri on Saturday October 12th 2019 at 11 am.
Dale was born at home, August 24, 1937 in Langley, Oklahoma to Clyde and Ester (West) Jones, into a large, loving family. He was the third of seven children.
He enlisted in the United States Air Force in 1954 and after basic training was stationed at RAF Alconbury near Huntingdon, England as an Air Policeman. He received the medal of good conduct in December of 1957. After 4 years in the service of his country Dale received his honorable discharge in 1958.
After the service Dale moved to Albuquerque New Mexico. There he met and Married Patsy Baker in 1959 and they remained married for 58 years.
Dales work with the Ideal Cement Company took them to Oklahoma, Arkansas, Texas and California working on Minute Man Missile sites and the Sam Rayburn Dam. After settling in California Dale opened his own Auto Mechanic business, eventually owning two of his own Gas and Service stations.
While in California the couple was blessed with two daughters Sharon (Jones) Graef and Linda (Jones) Herion. In 1972 the family relocated first to Red River New Mexico before settling in Seymour Missouri where Dale owned and operated the Seymour Standard Station from 1977 until 1986. Dale finished out his working career as a well-known and respected cattle rancher in Seymour.
His greatest love and joy was the time and adventures that he spent with his three grandchildren, Paige Brown, Justin and Amy Herion.
To provide for his ongoing care needs in 2016 Dale moved in with his Daughter and son in law, Sharon and Robert Graef in Springfield Missouri. He remained with them until his passing to be with his lord.
Surviving his death are his two daughters: Sharon Graef (Robert) of Springfield and Linda Herion (David) of Seymour. His Grandchildren Paige Brown (Scotty), Justin Herion and Amy Herion. Dale is also survived by his brothers Dean Jones (Paulette) of Vinita Oklahoma, Jerry Jones (Nancy) of Perris California and sister Pat Coulston (Pete) of Vinita Oklahoma.