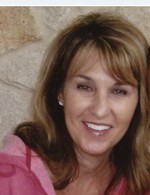 Cylenda Gayle Martin Viles, a longtime resident of Springfield who took great joy in raising a large and tight-knit family, has died. She was 59. Cylenda was married for 35 years to Bill Viles and helped her husband originate and operate BJ’s Trophy Shop on Sunshine near Glenstone. All other family members also work in the business. The entire family wishes to thank friends, acquaintances and customers for the outpouring of sadness over Cylenda’s death. She suffered a severe head injury in an accidental fall at a boat dock near Branson on Monday evening, and died the next day. She is survived by her husband, Bill Viles; sons, Bill Jr. and wife, Lori, Lucas and wife, Lisa, and Nick and wife, Cassie; and daughter Taylor and her fiancé, Landon Small. She is also survived by her sister and best friend, Patti Kruse of Springfield. She had one grandchild, Wyatt Bear, son of Lucas and Lisa. Cylenda presided for many years over gatherings of her children, friends and pets at the family residence on Fairway St., which she delighted in designating as a central meeting place for many groups of young people. Backyard barbecues around the swimming pool with a come-one, come-all feel were a joy for her. Cylenda and her husband never missed their children’s sporting activities through the years as they grew up, activities which included football, basketball, baseball, track and field, and volleyball. They were well known among their friends to hop in the car and drive hundreds of miles to be present at a contest. Visitation will be held in Greenlawn Funeral Home East, 3540 E. Seminole St., from 6 to 8 p.m. Friday evening. Graveside funeral services will be at 11 a.m. Saturday, in Eastlawn Cemetery, 2244 E. Pythian