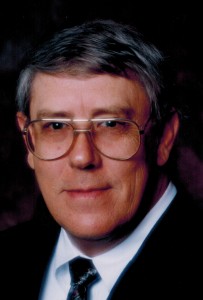 Dan A. Upp, age 65, died peacefully on Thursday, May 19, 2016 at his home, surrounded by his loving family after a battle with cancer. He was born on August 5th, 1950 to Roy and Betty Upp (Long) and was the youngest of two boys. Early in life, Dan’s gift of engineering became apparent, as he was a self-taught mechanical expert. He loved working and tinkering with anything that could be taken apart, fixed, and put back together, starting with a transistor radio and moving on to classic cars, namely Jaguars, Austin-Healeys and MGs. Dan continued this passion at Southwest Missouri State University and then began working for Associated Electric Cooperative, Inc. in 1972. During his career he held various positions, primarily as a Purchasing Supervisor. Dan earned the Distinguished Service award before he retired, and he formed lifelong friendships with coworkers close enough to call family.

But his greatest pride and joy, by far, was his family. Marrying Gail Dixon on June 12, 1971, they weathered storms and lived life to the fullest, side-by-side for almost 45 years. Together, they had three children: Chris A. Upp (Jill), Amy Bollinger (Kevin) and Jay Upp (Amy). As a grandfather, Papa loved being surrounded by his nine grandchildren: Nathan, Tristan, Ryan, Porter, Cooper, Michael, Sam, Grace and Titus. He took them in his woodshop to build birdhouses, hiked to the waterfalls at Petit Jean and vacationed with them in Gulf Shores.

After retirement, Dan and Gail began to see the country in their newly-renovated RV. They traveled to many national parks, watched the hot air balloons at the Albuquerque festival and visited the beaches of Florida. Another pastime the pair enjoyed was playing a round of golf at Greene Hills Country Club in Willard.

Besides his immediate family, he is survived by a brother, Ben Upp (Marie) and his mother, Betty.

Dan was witty, had a great sense of humor and loved to play pranks. He will continue to be remembered by all as a generous spirit who always had a helping hand to lend, even for strangers.

A celebration of Dan’s life will be held on Monday, May 23, 2016 at 4:00 p.m. at Campbell United Methodist Church, 1747 E Republic Rd, Springfield, MO, with the Rev. Andy Bryan officiating. The family will greet friends immediately prior to the service from 2:00 to 4:00 p.m. in the fellowship hall. The Upp family would like to extend our gratitude to all the staff at both MD Anderson Cancer Center in Houston, TX and the oncology staff at Mercy Hospital for their attentiveness and loving care. In lieu of flowers, memorials may be made in Dan’s name to the Melanoma Research Foundation or Habitat for Humanity-Springfield chapter.