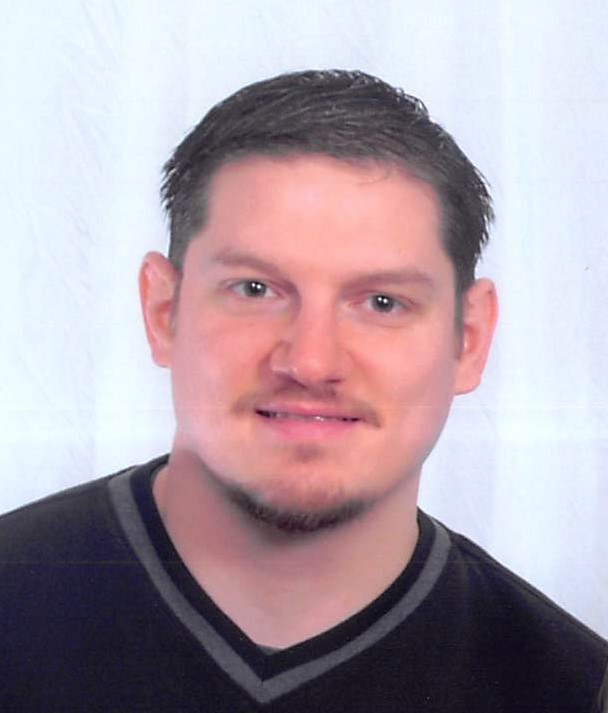 Private graveside services will be held at Missouri Veterans Cemetery with full Military Honors for Daniel Edward Merrell, age 40 of Riverside, MO. Arrangements are under the direction of Greenlawn Funeral Home Branson.

He passed away along with his wife, Michelle Merrell on October 10, 2020 at their home.

Daniel Edward Merrell was born August 6th, 1980 in Portland, Oregon. Daniel grew up in Bend, Oregon where he was a wonderful son, brother, and father. Daniel asked Jesus Christ into his heart at the age of seven and, as a young boy, loved to act out “The Champion” skit with his younger brother Michael by the Christian musician from the early ‘90s named Carmen. Daniel’s favorite sport when he was younger was baseball. When Daniel played baseball in school, he would recite his favorite Bible verse, Philippians 4:13, “I can do all things through Christ to strengthens me” to himself with every attempt at bat. Daniel stated that he envisioned himself punching Satan in the face each time he would hit the ball.
Daniel was a very caring guy who always looked out for others who he felt may have been socially overlooked. As an example, while in elementary school, his teacher spoke very highly of him, pointing out how Dan always made sure that a student with down syndrome in class would always be included in activities and that they would feel a sense of belonging from the other students. Daniel loved the Lord with all his heart. While in middle school, Daniel often wore clothing which proclaimed his great faith in the Lord with slogans such as, “Jesus is Lord!” As he got older, Daniel never stopped professing his love for Jesus, even during times when his faith was not popular among his peers and he would receive persecution, spiritually and physically.
Daniel’s hero was his father, Donald Merrell. While Daniel and his two older sisters, Jennifer and Crystal, were being adopted in 1985 at the ages of five, six, and seven years old, Daniel asked his father Donald, “Did you always want a son named Daniel?”, to which his Dad chuckled and replied resoundingly, “Absolutely!” Upon hearing his Dad’s response, Daniel promptly jumped straight into his Dad’s arms and emphatically stated, “Coming right up!” Daniel’s heart was always open, and his family meant everything to him.
While in middle school, Daniel participated in several mission trips with members of his church. During mission trips to lower economic areas of Mexico, Daniel would selflessly sacrifice some of the modern amenities Americans are accustom to by sleeping on concrete floors and eating less than favorable meals. However, Daniel kept a humble perspective and did not view any of these circumstances as burdensome in contrast to the positive benefit he was providing to those less fortunate than him, to include: orphans, widows, drug addicts, hardened gang members, and others.
While in high school, Daniel had two main passions: the youth group at church, and the Reserve Officer Training Corps (ROTC) program at school. His passion for both was deeply rooted, as evidenced by his later efforts as a father, and enlisted service member of the US Air Force.
In addition to loving his family, Daniel had a strong sense of patriotism for his country, and a great enthusiasm for Star Wars. Daniel honorably served 11 years in the US Air Force, rounding out his military service as an E-5/Staff Sergeant. During his time in the military, Daniel contributed many hours of volunteer service to local communities, as well as deploying to contingency zones in Iraq and western Iberian Peninsula, in defense of the United States.
Following his military career, Daniel worked just under a decade as an Aircraft Mechanic in Kansas City, KS, where he was known by his co-workers as more of a brother and friend. Daniel brought joy to those around with him a great sense of humor and strong compassion for others.
On February 14th, 2009, Daniel married his wife “Mikki” and started a family with her, producing their three wonderful children: Landon, Hannah, and Paisley. Daniel’s love and passion for his children was 2nd only to his love for the Lord. Daniel’s impressive legacy will remain forever in the hearts and minds of his family and friends.
He is survived by his three children: Landon Merrell, Hannah Merrell and Paisley Merrell of the home, his mother, Robin Merrell of Walnut Shade, MO., eight siblings: Derra Hunt and husband, Brad of Cambria, CA., Michael C. Merrell and wife, Sandy of Fresno, CA., Heather Gillam and husband Josh of Hollister, MO., Justin Merrell of Portland, OR., Jennifer Price and husband Mark of LaPine, OR., Crystal Davis of Branson, MO., Michael L. Merrell and wife, Audrey of Hill AFB, UT., and Samantha Merrell of Walnut Shade, MO. He was preceded in death by his father.